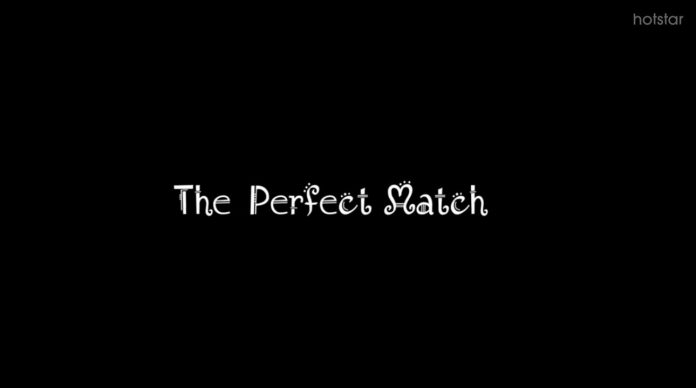 The Perfect Match Hotstar Web Originals love drama Harsh and Riya have been dating since a long time. He meets her at her home when she doesn’t answer his calls. He apologizes to her. She asks him if he has realized his mistake, that he had come to apologize. He tells her that she wanted to break up with him. He doesn’t wish to drag their fight. He asks her to take her back.

She tells him that their fights always happen and then they get back. She thinks its time that they take their relationship to the next level. She wants to commit for marriage. She is upset that his mum wants their kundli match. He is also excited to marry her, but can’t tell anything to his mum. He tells her that her kundli has some issues, his mum worries for his long life. Issues crop between them when they talk about marriage.

She gets surprised to get a call from Harsh’s mum. She is surprised by the good news. She tells that his mum has given the nod for their marriage. He gets a message from his dad. He learns that his kundli has issues. He tells that she is safe now. She tells that his mum is smart to decide for their marriage now, when his kundli is at fault. Riya faces the same trouble when her mum wants to match the horoscope. She tells that her parents want the same. She suggests that they shall elope and marry. He asks her to handle her parents as she suggested. They want to marry, knowing they are the perfect match for each other.

Reviewed Rating for this particular episode The Perfect Match Hotstar: 3/5
This rating is solely based on the opinion of the writer. You may post your take on the show in the comment section below.