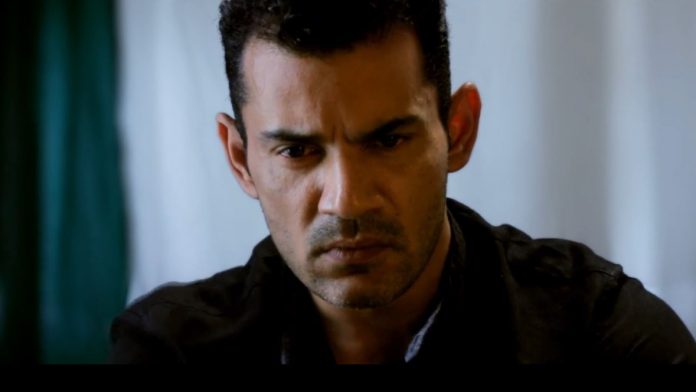 I Witness Hotstar Interesting drama figment Nikhil Acharya is a writer, who has many bestsellers to his credit. He resigns from his job, trying to break his writer’s block. He gets egoistic by his success. His arrogance begins to reach its peak. He spends time with himself. He finds solace when he switches his work to an old typewriter from his high-tech laptop.

The typewriter has a magic that he turns everything written into reality. The story begins from here. He begins his next novel. He gets a big surprise when a girl comes his door to ask about an address, as he has written in his story on the typewriter. He starts believing the magic created by the typewriter. He thinks to explore more and begins to continue his story with practical approach. He checks if the second phase of story will also turn true.

It so happens that the girl returns again to take his help. When she arrives home again, he thinks of giving a turn to his story. He confesses his love, that he is falling in love with her. Roohi turns out to be his imagination. Someone he hallucinates while writing down his novel. He decides to live with her love and stop using the old typewriter. He doesn’t know what will happen next, if she will return once he leaves the typewriter. Time passes and she doesn’t turn up. He gets frustrated and gets his typewriter back to summon her home.

Before he does this, Roohi arrives to meet him. He vents his anger on her and hurts her, for he has been waiting for her since a long time. He tells her that he controls her life, none can get in contact with her unless he wants. He accepts that she is just a character from his story, she doesn’t exist and he can destroy her any time he wants. Roohi feels he is a psycho, who doesn’t love her. She gets upset with his rude behavior and breaks up with him. He is sure that she will come back to him and dance on his fingers, since he controls her.

She hates his arrogance and makes a leave. He gets his typewriter to continue his story and bring back his character, Roohi. His typewriter stops functioning. He fails to summon Roohi, and realizes his mistake of being super arrogant. His own story, his figment of imagination, makes him realize to use his talent write, subsiding his ego, anger and negative feelings.

Reviewed Rating for this particular episode I Witness Hotstar Interesting drama figment: 5/5
This rating is solely based on the opinion of the writer. You may post your take on the show in the comment section below.