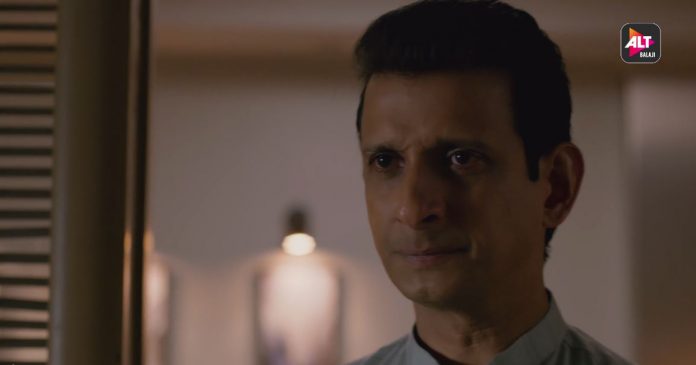 Alt Balaji Baarish Episode 6 Anuj risks it all Anuj finds Gauravi too broken after losing the child. He rushes to meet Rishi and slaps him amidst between his business clients. Rishi gets angered at him. Anuj vents out his frustration at Rishi. He accuses Rishi for not helping him and making him lose his child.

Rishi tells Anuj that he shouldn’t blame him for everything. Anuj counts that he has earned everything and gifted it to his siblings. He tells that Rishi isn’t capable to lead his life on his own. He ends his ties with Rishi. He tells Rishi that he will ruin him in the business. He calls up the person whom he met long time back to accept the deal. He wants to help himself. He wants to use his contacts and experience. Anuj tells that he is ready to stay away from his family for the sake of money. He seals the deal.

Meanwhile, Shreya meets Aniket to congratulate him about his family’s problems. He feels that she is really mad to celebrate his sister’s miscarriage. She reminds him the condition for divorce. She asks him to break Asmi and Rohit’s alliance. Aniket falls into a big trap. Anuj visits his lawyer Manit.

He finds Simran crying and leaving from Manit’s office. He tries to find out the matter. Manit tells him that he will check the contract papers and let him know. He offers a job to Gauravi. Anuj wants Gauravi to join if she wants. Anuj wants to work well and not disappoint Rakesh. He takes advice from his friends, and joins a personality development class so that he does his work in the business while cracking the deals with rich clients. Anuj gets too occupied with work.

He fails to give time to Gauravi, but makes sure that he earns for her. Gauravi starts missing him. Anuj gains confidence while he heads Rakesh’s business with an equal partnership. Rakesh likes his determination and sincerity in work. Gauravi decides to join Manit’s office to keep herself busy. Anuj drops her at her workplace, but doesn’t bid her a bye. Shreya meets Rohit and flirts with him. She tries to get back into his life. He knows what she is trying to do. He wants her to stay away. She fills his ears against Asmi, who has postponed the wedding. Rohit understands her conspiracy.

He refuses to accept her back in his life. Gauravi thanks Manit for offering the job. Manit tells her that he admires her for being so focussed. He tells that his relationship with Simran is over. Gauravi cheers him up. Manit tells her about Rakesh, who also joined Mehta diamonds some years back. Gauravi gets pondering if Rakesh has to do something against Anuj. She wants to alert Anuj about Rakesh’s intentions. Anuj knows that Rakesh used to work with Rishi before.

She asks Anuj to find out about Rakesh’s background. Anuj doesn’t think it matters. He just wants to earn a good money for Gauravi. He tells that Rakesh is sincere and told him about Rishi’s partnership. He promises to give her a lots of joy. Rakesh thinks Anuj is the best in business, he will sell the smuggled diamonds, being unaware of the truth. He thinks Anuj will get jailed and lose his reputation if ever caught by the police. Manit tells Gauravi that maybe Rakesh isn’t such a wrong man if he is supporting Anuj. She hopes Anuj is right.

Reviewed Rating for this particular episode Alt Balaji Baarish Episode 6 Anuj risks it all: 4/5
This rating is solely based on the opinion of the writer. You may post your take on the show in the comment section below.