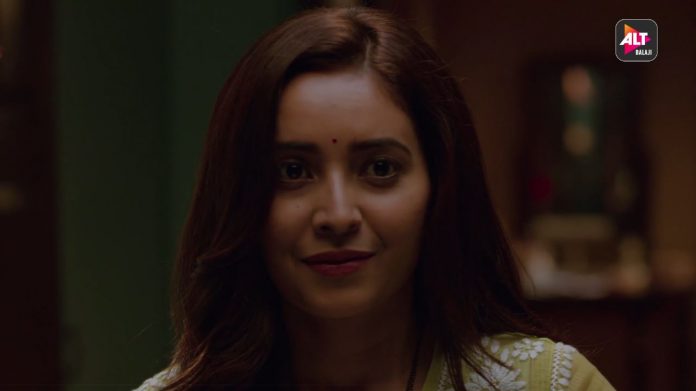 Baarish Episode 7 AltBalaji Gauravi distances from Anuj Gauravi meets Zeenia and tells her that she also wants to move on in life, but Anuj’s guilt is ruining their relation. She tells that Anuj isn’t able to accept the loss of their child, he isn’t understanding that they should move on together. She regrets that he is just a repenting father than a loving husband.

She doesn’t want him to forget himself. Anuj sinks in his work. He ignores Gauravi’s calls. Manit gets to see Gauravi’s efforts in her marriage. He calls up Simran to talk out about their relationship. Simran isn’t interested in him anymore. She asks him not to call again. Manit cheers up Gauravi. She gets picked up from her office and gets to speak to Anuj. She reminds him their love journey by taking him to the chaat stall.

She hopes to revive her love story with Anuj. She asks him to look after his health. She fails to get his attention. He tells her that he is going to spend time with her. He informs Rakesh that he is busy for some time. Anuj prepares for the big presentation. Gauravi asks Anuj not to worry for the meeting. He wants her to take rest. Rakesh asks Anuj to attend the meeting in Surat. Anuj wants to be with Gauravi on her birthday. The greed for money makes Anuj take up the new deal. Aniket meets his friend, who informs him about Shreya’s affair. Anuj gives the best presentation and shocks Rishi by surpassing his expectations.

Rishi can’t believe Anuj’s success streak and his high confidence. Aniket meets Shreya and questions about her affair with Nikhil. He asks her to stop chasing Rohit. Shreya tells him that she wants to break up Asmi and Rohit. He tells that he can take divorce from her on the basis of her affairs. She wants Rohit at any cost. He refuses to fulfill her demands. Anuj gets away from Gauravi on her birthday. She gets upset. Anuj celebrates her birthday all alone in Surat. He wants to promise her a lots of happiness. He wishes that she never faces any problems in her life. Manit learns about Gauravi’s birthday.

She tells him that Anuj isn’t in the city and she isn’t celebrating. Manit asks her to go home early. Anuj informs Gauravi that he is returning home. She feels lonely on her special day. Anuj tries to make it soon, but gets stuck in a traffic jam. Manit turns up at her home to surprise her. He looks for Anuj. She tells that Anuj isn’t home yet, but he had some dinner plans. Manit asks her to chill and celebrate with friends.

He doesn’t think Anuj to take their friendship in a wrong way. Gauravi gets hesitant to cut the cake. Manit insists her. Anuj runs on the roads madly to reach Gauravi in time. When he reaches home, he finds her celebrating with Manit. Anuj gets mistaken.

Reviewed Rating for this particular episode Baarish Episode 7 AltBalaji Gauravi distances from Anuj: 2/5
This rating is solely based on the opinion of the writer. You may post your take on the show in the comment section below.