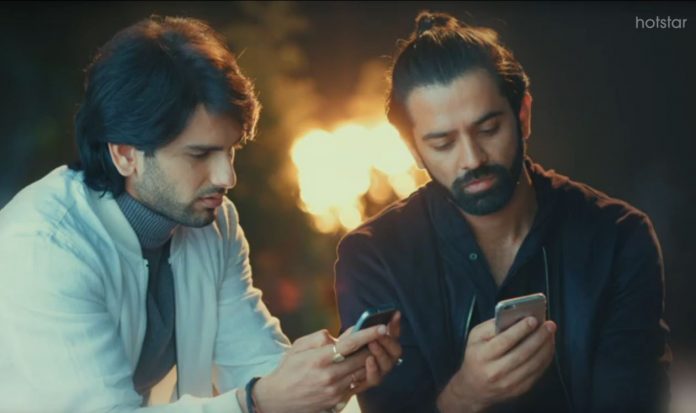 Tanhaiyan Episode 6 Hotstar Haider revisits his past Meera wants to be with Haider and bring out the pain from his heart. He asks her to stop crossing the line, since they are strangers. He doesn’t want her to interfere in his life. He tells her that she isn’t his wife to question his past. She wants him to face his inner fears. He asks her to keep her pain to herself.

She asks him what’s hurting her. He asks her not to lecture him about dealing with his pain. She slaps him when he hurts her with bitter words. She tells him that she has a bitter past, but she didn’t soak herself in pain totally. She yells at him for being so insensitive after confessing that she matters to him. She decides to leave from his life. She meets Tanya and tells her that she will not meet Haider again. Haider runs away from his life’s problems.

Meera decides to forget him. Haider gets affected by her slap, which gives her strength to face his fears. He visits Raza’s grave and regrets for his untimely death. He apologizes to Raza. He feels that he should have been with Raza in bad times, when the latter needed him. Siddhart gets worried for Haider. He awaits Haider’s return. Haider returns to Meera to reveal his life’s biggest truth. He confesses his love for Meera in front of his friends. He tells that Meera has seen his soul. Meera doesn’t think that she should stay back.

Haider apologizes to her. He is grateful to her for teaching him to handle his pain and freeing his soul from a huge burden. He feels she has made him meet himself after a long time. He doesn’t want to forget her. He thinks she will be the reason for his smile. Meera gets emotional by his heart-touching message. Haider feels light and happy. He tells Siddhart that Meera has changed him. He tries to unlock Raza’s hard drive. Siddhart tells him about the girl who was a big part of Raza’s life. He asks Haider to take help from Raza’s mother. Haider gets emotional on reaching Raza’s house. He faces Raza’s mother and her wrath. She breaks down and welcomes her other son, Haider. He apologizes to her.

Reviewed Rating for this particular episode Tanhaiyan Episode 6 Hotstar Haider revisits his past: 3/5
This rating is solely based on the opinion of the writer. You may post your take on the show in the comment section below.