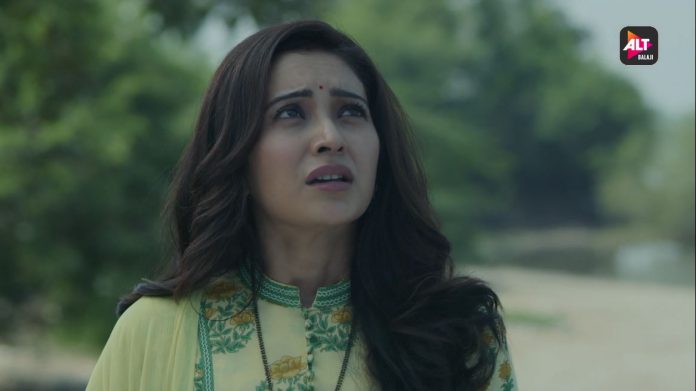 Alt Baarish Episode 17 Gauravi’s decision shocks Anuj Anuj runs to meet Gauravi. He asks Aniket about Gauravi. Aniket tells that Gauravi doesn’t want to meet him. He is helpless to conceal Gauravi’s address. Anuj wants to make things right. He meets Manit to get his help. Manit asks Anuj if he has met Gauravi. Anuj tells that he has lost in the love race. He feels he had lost his senses that he has hurt Gauravi so badly with his suspicion. Manit recalls that Gauravi left the job for the sake of her child’s future, she wanted to look after her coming child.

Anuj asks why did Gauravi leave him if she didn’t love Manit. Manit tells Anuj that Gauravi kept her esteem. He tells that Gauravi loves the family more than Anuj. He asks Anuj to go and meet Gauravi, who is at Shreya’s place. He tells that Gauravi has gone to help Shreya. Anuj thanks Manit and apologizes to him. Anuj learns that Gauravi was helping Shreya get rid of her drug addiction. Anuj meets Gauravi and Shreya. Shreya feels sorry that she has turned towards drugs to deal with her life’s low.

Anuj apologizes to Gauravi for misunderstanding her. He asks her why did she accept the affair blame, why didn’t she tell him the truth. Gauravi feels disgusted that Anuj was suspecting her. She tells that she felt humiliated and wanted to leave from his life. Anuj learns about Gauravi’s pregnancy and can’t believe the good news. He asks her to give her a second chance at least for the sake of their child.

She doesn’t want to raise her child in a bad environment, where Anuj has stopped understanding her. She feels that their relation is over now, the divorce shall happen, since she has lost Anuj with her miscarriage. Anuj tells her that he has done everything for her sake. She tells that she didn’t demand for money or a big house, it was just for his personal satisfaction. She asks him to let the divorce happen, she shall look after her child alone. Anuj feels shattered.

Reviewed Rating for this particular episode Alt Baarish Episode 17 Gauravi’s decision shocks Anuj: 3/5
This rating is solely based on the opinion of the writer. You may post your take on the show in the comment section below.