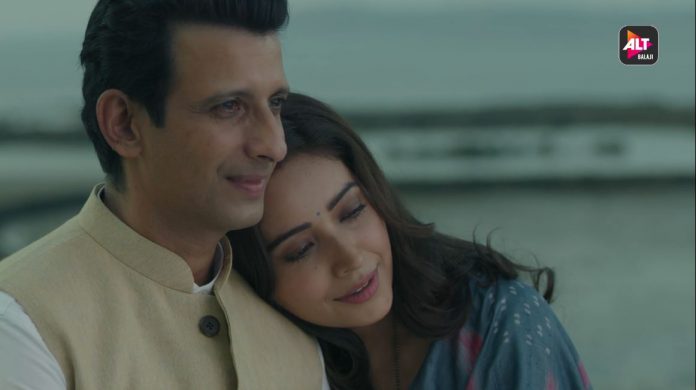 Baarish Last Episode Anuj Gauravi’s happy union Aniket and Shreya apply for their divorce. They mutually decide to get separated. Aniket tells that he couldn’t fulfill her expectations. Shreya feels that their difference in lifestyle and upbringing is the reason for their divorce. She is ready to wait for six months to complete the procedure, just like Anuj and Gauravi. Anuj and Gauravi realize that its been a month and their situation is still the same. Gauravi asks Anuj to attend Manit’s engagement.

Gauravi feels insecure when she finds Anuj with Jeetendra’s daughter. Jeetendra tells Gauravi about Anuj’s good news. He asks her if Anuj has shared it with her. He tells that its time to rectify some mistakes. He asks her to go ahead and divorce Anuj, they both should move on. He wants Anuj to be paired with someone right.

Gauravi fears of losing Anuj and gets too upset. She feels Anuj is moving on in his life with someone else. Gauravi decides to leave for home, without meeting Anuj. She speaks to Jeetendra’s daughter, who accepts about her relationship with Anuj. Gauravi thinks it shouldn’t matter to her if Anuj wants to move on. She wants to give him a chance to achieve his happiness. She had already lost the simple and humble Anuj. She doesn’t think her relationship can get back to the same old phase. She talks of Anuj’s likes and dislikes.

She misses Anuj and clearly expresses it. She wanted to reconcile with it, but wasn’t taking any initiative, which made Jeetendra come up with a plan to push her towards her feelings. Gauravi wishes that Anuj stays happy. Gauravi realizes that she is meant to be with Anuj. She doesn’t get late and rushes to meet Anuj. The realization makes her take the much wanted decision. Gauravi learns that Anuj is in Manit’s engagement party. She meets her entire family at the party. She gets desperate to meet Anuj. She realizes that Anuj is an emotional person, when he gets hurt, he can do anything to fix the problem. She meets Anuj and asks him to give her a chance, since they both still stand a chance to keep their marriage.

Anuj clears out that she wanted a professional term between them. She questions him about his decision to get married. Anuj denies the news that he is going to marry someone. She tells him that she will also decide for his life, since they are still married to each other. She asks him about Jeetendra’s words. He clears her misunderstanding. Anuj tells that her fear to lose him has created a doubt in her mind. She asks him if he has played a prank on her. Jeetendra tells them that he has got this idea to get them back together. He had convinced his daughter to trick Gauravi so that they can help out Anuj. Everyone asks Gauravi to just go back to Anuj.

They all get to hear Gauravi’s cute words about Anuj. Anuj also speaks good about Gauravi. He wants Gauravi to forgive him for hurting her by his odd doubts. He is thankful to her for always being his support. He feels incomplete without Gauravi. He wants to celebrate his life by sharing joy and sorrow with her. He promises to never break her heart. Gauravi accepts his proposal. They both express their love for each other. Manit gets happy for them. The family also wishes them. Anuj and Gauravi share a moment, while he takes care of her just like before. They look forward to welcome their coming baby.

Reviewed Rating for this particular episode Baarish Last Episode Anuj Gauravi’s happy union: 5/5
This rating is solely based on the opinion of the writer. You may post your take on the show in the comment section below.