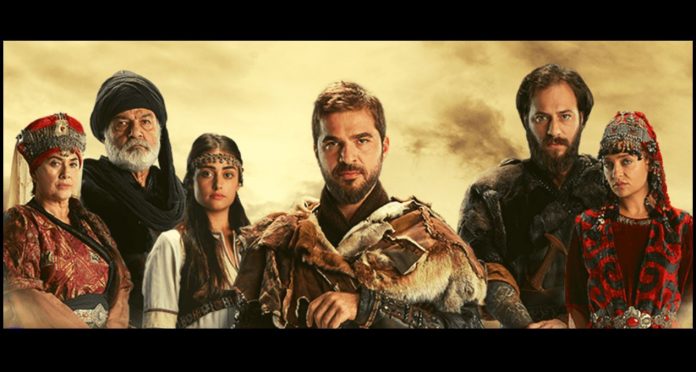 Ertugrul Ghazi Most Popular Trending Turkish series The Turkish show Dirilis Ertugrul has been much popular online, with the audience getting crazy over the video clips of the hit show. Initially, just the first season of the show has been dubbed in Urdu and got renamed as Ertugrul Ghazi. It is most watched online on Netflix and Youtube with English subtitles. The show has gained much popularity worldwide. The story revolves around the foundation of the Ottoman Empire.

The show belongs to a different genre, getting some fictional elements added to the historic drama. It brings a plethora of emotional tides, covering many incidents of the Ottoman empire. There is much action in the thrilling story of Ertugrul. Such action isn’t seen on the small screens. The actors have done much justice to their characters, which will leave you inspired. Even the female characters are shown as very strong and practical, which is truly inspiring for the audience.

Etrugrul becomes a perfect character to inspire people, since he is shown in the best way managing his relationships. And ultimately, the story remains special in the series, which passes a message that good always triumphs over the evil. It also opens up the doors of knowledge through the spiritual citing. The show inspires people to hold on to faith. The dialogues leave a big impact in the scenes. Every powerful dialogue of the series have become a must-read quote, turning the show more famous. Are you interested to watch the exciting drama series Ertugrul Ghazi? Shoot down your comments below.