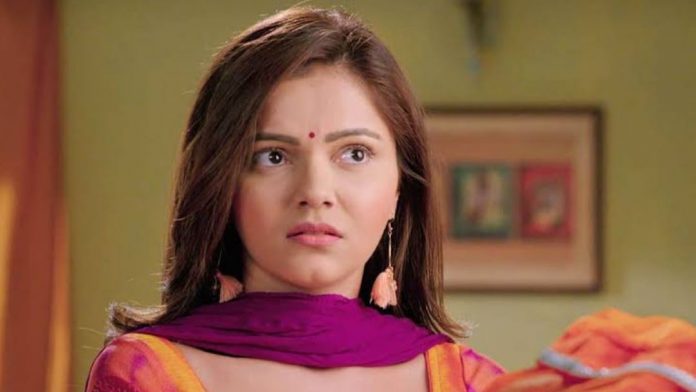 Shakti Soumya Smashing return for Heer and Virat Harak slaps Soham and makes him silent. Preeto gets worried for Heer and slaps Nutan. She tells that she won’t let Heer become Soumya. Nutan promises to not let this happen, since Soumya and Harman’s love story was incomplete. She tells that Heer and Virat will unite and she will make sure it happens so. She argues with Preeto for Heer’s sake. Preeto heads to Heer and finds her injured. She wants to heal Heer’s bleeding hand.

Sant Baksh gets to see Virat, brought home by the police. Sant doesn’t want his son home. Inspector tells him that he has got Virat home. Virat tells that Sant has disowned him already. He asks inspector to stay updated with the senior officer’s personal matters. Gurinder wants to do dressing of Virat’s wounds. Sant doesn’t allow Virat inside the house.

He wants Virat to go to any hospital for his purpose. He shuts the door on Virat’s face and kicks him out. Parmeet goes to Virat to heal his wounds. Virat stops her. He tells his mom that he wants her real concern for him, that would be when she supports Heer and him. Parmeet gets speechless.

Virat stays with his wounds. Heer finishes the Sargi and prepares for her fast. Shanno assists her in keeping the fast. She asks Heer not to break the fast during the day. She isn’t sure if Virat will come to meet her. Heer asks Shanno to inform Virat about the fast. She wants to show the limits of her love to Preeto and Harak. She tells Shanno that she will break the fast by Virat’s hands, else she would be dying. Shanno laughs on seeing her mad love and thinks that Heer is ahead of Harman in terms of madness. Heer cuts the window bars with much difficulty.

She wants to meet Virat and prove out her true love. Nutan offers tea to Virat. He gets regretting that she had protected him in the hour of need, while he was against the Kinner community. She gets some clothes for her. He tells her that he used to hate Kinners since childhood, but now he has realized his mistake, he was living under a misconception. Shanno meets them. She informs Virat about Heer’s Karwachauth fast. She asks him to come to break Heer’s fast, since Heer believes in him, Heer is ready to die if he fails to come.

She asks him to not break Heer’s faith. She tells him that the matter won’t be limited to the family, it will be known to the society. Virat doesn’t want to run away. He tells that he won’t elope by going against the families, its better that they die together. Preeto misses the good times with Heer. She gets frustrated with the fact that their lives aren’t normal. She wants Heer to forget Virat. She goes to give the food to Heer.

She gets worried for her granddaughter. Heer gets rude towards Preeto, who advises her to mend her ways in time. Preeto warns Heer and makes a leave. Virat and Heer threaten the family to die by consuming the poison if the family refuses to accept their love. The couple consumes the poison and faint down, right in front of their family members, while Soumya makes an entry in Singh house. 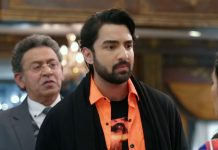 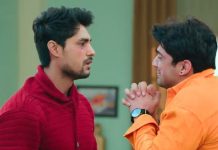 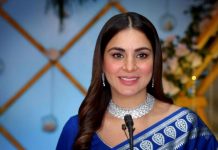