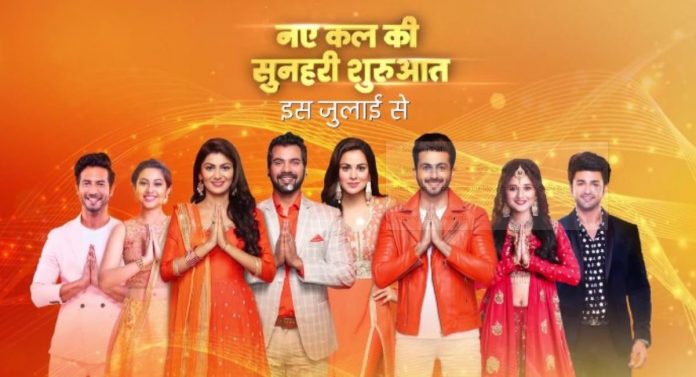 Zee TV Dramatic Lockdown Galore this week Preview Zee TV is warming up the entertainment shows by bringing the lockdown phase tales of your favorite characters of the hit and famous shows. The shows of the prime slot with the Bhagya series, Kumkum and Kundali, Guddan Tumse Na Ho Payega and Tujhse Hai Raabta are among the new ones to begin soon with a fresh season and fresh story. For the viewers, the makers are bringing the home shoots versions of the show, shot previously during the lockdown and airing at the right time, just before the shows’ beginning from 13th July.

A week before the actual start of the shows. The lockdown stories will be showing the viewers, what actually kept the actors aka the characters busy during the lockdown, what all they have faced when they weren’t connected with the viewers.

Guddan Tumse Na Ho Payega had aired ten episodes regularly of the home shoot series, titled Guddan Tumse Na Ho Payega Ghar Se. The next in the story is Guddan’s pregnancy news, which comes as a shocker for Akshat, when she conveys it to him happily. Akshat’s reaction is something to watch out the show for. Tujhse Hai Raabta brings the sweet fight of Kalyani and Malhar, which was much longed by the viewers in the show. Kalyani comes up with a prank for Malhar to teach him a lesson for his ignorance.

Kumkum Bhagya brings a rather dramatic tale of Maya’s attempted suicide, while Ranbir confesses that he is the reason for Maya’s death. Prachi deals with a new struggle to save Ranbir from the new mess. Abhi and Pragya look forward to meet each other. Pragya doesn’t want Prachi to take the blame on herself. She is ready to do anything to save Prachi and bring her home. Prachi is just concerned about Ranbir. A story apart in Kundali Bhagya, Rishabh gets kidnapped and Preeta gets the hint. Preeta and Karan become a savior for Rishabh after many difficulties. Seems, the Kundali Bhagya story is the super dramatic one among others. How far did you like the stories of the lockdown of your favorite characters and which one has raised your curiosity to watch the show? Keep reading here for more on your favorite shows.