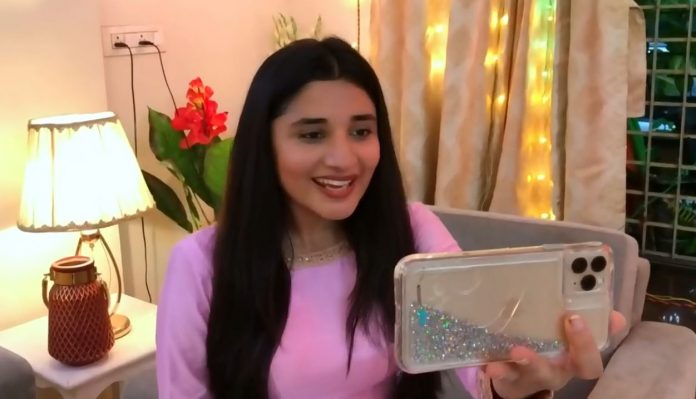 Akshat Guddan bond the family Saraswati plots evil Guddan wishes all the best to the family members for the dance competition at home. Guddan and others get busy in the dance rehearsals. Saraswati plans to scare Guddan to add more fun in the competition. She wants to win the competition. Laxmi feels she can’t dance well like Durga and Guddan. She doesn’t get the right steps. She makes a mistake and sends the message to Guddan, instead Vardaan. Guddan gets worried for Vardaan and Laxmi.

She calls up Laxmi to know if Vardaan and she had a fight. Laxmi lies that everything is normal. Guddan wants to know the truth. She promises to help her. The enemy reaches Guddan’s house and spikes the water. Guddan goes to consume the water unknowingly. Laxmi shares her sorrow. She tells that Vardaan doesn’t have any time for her, maybe he is having an affair. She suspects Vardaan. Guddan tells her that she will find out the truth.

Akshat connects to Guddan and asks her to not take any stress. Guddan tells him that she wants to win the competition. Akshat praises her dancing skills. He tells her that he will help her in the cooking competition as well. He asks her to reciprocate his romantic gestures. Guddan faints down while talking to him. Akshat thinks she has fallen asleep. When she doesn’t respond to him, he panics and asks her to talk to him once. He feels like crying on seeing her fainting. He then learns that it was just Guddan’s prank.

Guddan laughs at him. He scolds her for testing his patience. She tells him that she is a great actor. He tells her that he was really scared and felt he will lose her. The attacker keeps a watch on her.

Later, Guddan solves Laxmi and Vardaan’s problem. Vardaan surprises Laxmi by sending her gifts. Akshat also pulls a prank and tells Guddan that he is kidnapped. He calls Guddan and tells that his life is threatened by her die hard fan. Guddan asks her fan to leave Akshat. Akshat tells her that her fan wants to see her dancing and playing her famous scene. Guddan gets helpless to entertain her fan to save Akshat’s life. She dances and finds Akshat enjoying her performance. She asks Akshat if he is fooling her. She scolds Akshat for scaring her heart out. He tells her that its just a reply to her prank. He expresses his love to her.

Ganga calls up Saraswati to know what she is up to. She warns her against hurting Guddan. She tells that she is Guddan’s biggest fan. Saraswati thinks Ganga is too smart, Ganga should better join her team against Guddan. Akshat welcomes everyone in the dance competition. Guddan and her Bahus compete and present some rocking performances. Akshat, being the judge, gets confused. Guddan really faints down, leaving the family worried for her.

Reviewed Rating for this particular episode Akshat Guddan bond the family Saraswati plots evil 7th July 2020: 4/5
This rating is solely based on the opinion of the writer. You may post your take on the show in the comment section below.