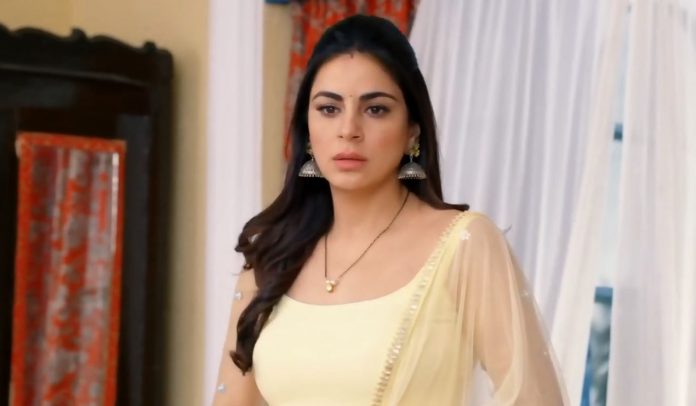 Kundali Bhagya July 8 Preeta Karan in big dilemma Rishabh gets a glass cut on his hand and heals it. He knows that Rakhi would be worried for him. He then thinks that Sarla would be worried for Preeta, being Preeta’s mother. He imagines Preeta’s pain and also Sarla’s sorrow. He knows that Sarla is in sorrow to see Preeta crying for Karan. Preeta thinks maybe she will become a reason for breaking Karan’s marriage. She doesn’t want to do it.

She lets Karan free from her side. She thinks if Karan’s love is true, then he will eventually come back to her. Shrishti is worried for Preeta. Preeta tells her that she is fine. Shrishti reads the horoscope further. She tells that she would be appearing wrong if she goes to rectify things for someone. She doesn’t think Preeta could control things in her life. She asks Preeta not to go out anywhere. She jokes on Preeta and Karan’s Kundali.

Preeta is miffed thinking of Mahira. Shrishti asks her to clear her mind. Preeta decides to go for shopping so that she doesn’t think of Karan. Karan gets a stiff shoulder. He misses Preeta who used to heal him by her magical tough. Sherlyn asks Rishabh to meet the family. Rishabh is upset with her. He tells her that he is going to get gifts for Mahira’s relatives. Sherlyn knows Preeta can’t kidnap Mahira or hurt anyone. He wants to know who is behind Mahira’s accident. Prithvi calls up his goon to make him kidnap Rishabh.

He waits for the good news. He wants Rishabh to fall in his feet and beg for life. Sherlyn meets Mahira and questions her about meeting Preeta. Mahira tells her that she had gone to see Preeta reacting about the marriage news. She has achieved happiness and peace after frustrating Preeta. Sherlyn thinks Mahira has done a big mistake by revealing her truth to Preeta. She asks Mahira not to get overconfident, Preeta can target her. Mahira doesn’t think Preeta can do anything. She isn’t scared of anyone.

Sherlyn worries that Preeta may call Karan and tell Mahira’s truth to him, which would make him break the marriage. Preeta thinks of Mahira who will be ruining Karan’s life. Preeta tells Shrishti that Luthras are biased and won’t think wrong about Mahira. She wonders how Karan got fooled by Mahira. She knows the entire truth and is helpless. She calls up Karan to inform him about Mahira. Sanjana arrives for the wedding with lots of gifts for Mahira. Sanjana meets Mahira’s relatives. The relatives speak ill about Preeta, who is dangerous.

Kareena gets speechless. She asks Ramona to take care of the guests. Sherlyn wants to block Preeta from entering Luthra mansion. Karan is in two minds about Preeta. He doesn’t answer her call. Preeta thinks Karan would be surrounded by lots of guests and busy in the functions. Karan stays alone and thinks of Preeta. He doesn’t think Preeta is innocent. He is angered that she was playing with his emotions and attacked his father.

Reviewed Rating for this particular episode Kundali Bhagya July 8 Preeta Karan in big dilemma 8th July 2020: 4/5
This rating is solely based on the opinion of the writer. You may post your take on the show in the comment section below.