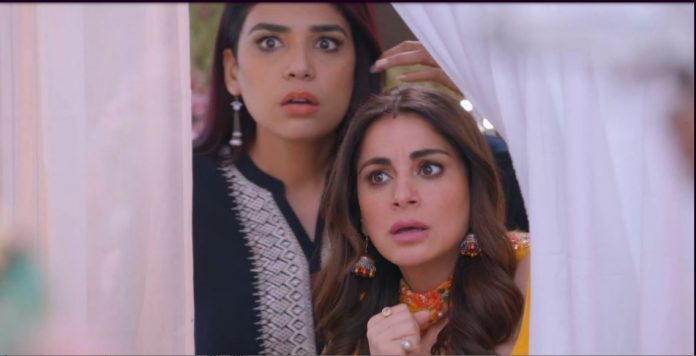 Kundali Bhagya 9th July Preeta at Rishabh’s rescue Preeta gets Mahira’s message. She gets to see Karan’s video. She doesn’t want Mahira to hurt her emotions. She comes across a fallen gift on the floor. The gift falls off Rishabh’s hand. Rishabh wants Karan to assist him. He buys all the gifts and wishes that Preeta gets back to Karan. Prithvi’s goon kidnaps Rishabh. Preeta gets to witness the crime and is shocked. She wants to help Rishabh. She finds Shrishti away at some stall. She gets helpless.

She takes the matter in her hands. She drives the car to follow Rishabh. Sarla awaits Shrishti at home. Shrishti gets the grocery home. She tells that Preeta has gone for shopping. Sarla thinks Shrishti has instigated Preeta to go to Luthras. She gets angry on Shrishti. Shrishti clears the misunderstanding. They have a hilarious moment. Sherlyn tells Sameer that Karan is calling him. Sameer decides the clothes for Karan. He asks her to leave.

She has to check on Rishabh. She gets stressed since she has to keep Preeta away from Rishabh and Karan. She wants to trouble Rishabh. She makes excuses when everyone asks for Rishabh. Rishabh falls unconscious in the car. Preeta recalls the horoscope which stated that she will be saving someone’s life or losing her life. She thinks Preeta has gone to Luthra house. She wants to call Sameer and ask the truth. She recalls the last time when they have gone to the Luthra mansion and got insulted. She worries for her sister. She doesn’t want Sarla to know the matter. She calls Sameer, who doesn’t see her calls. She repeatedly calls him.

Sameer answers the call. She comes to know that Preeta didn’t go to Luthra house. She clears the fact that Preeta is innocent, she didn’t hurt Mahesh. She taunts him about his chameleon family. She asks how could he let Karan marry Mahira. He tells her that Rishabh has revealed something important. He shares Rishabh’s doubt on Mahira. Rishabh knew Preeta is innocent and someone else is the culprit in Mahesh’s case. Rishabh analyzed the situation of the accident. He concluded that someone has framed Preeta. He had realized that Sherlyn is wrong and used bad timing to frame him in front of Kareena.

He felt that the family misunderstood Preeta because of the bad timing. He wanted to know who has threatened Mahesh. Shrishti tells Sameer that she knows who has hurt Mahesh. She wants to tell him about Mahira. Sarla overhears her and wants to know where is Preeta. Shrishti tells Sameer that Preeta isn’t home, maybe she is with Karan. Sameer tells that Preeta isn’t with Karan. Mahira learns that Preeta is going to come to meet Karan. She gets stressed thinking Sherlyn was right, Preeta may expose her truth. Preeta wants to save Rishabh’s life and is determined. Sarla tells Shrishti that Preeta would have gone to Karan for sure. She locks Shrishti in the room. She wants to find Preeta.

Reviewed Rating for this particular episode Kundali Bhagya 9th July Preeta at Rishabh’s rescue: 3/5
This rating is solely based on the opinion of the writer. You may post your take on the show in the comment section below.