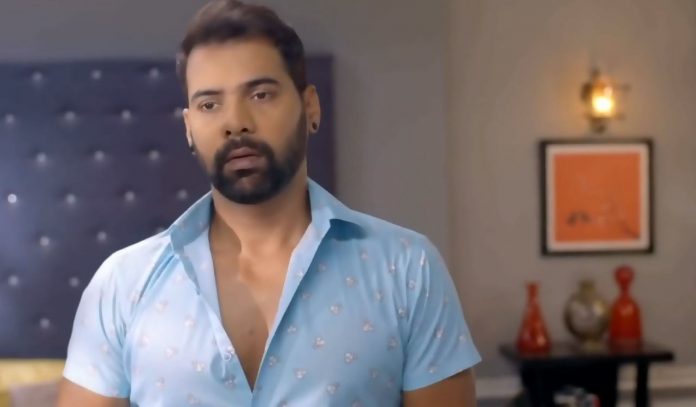 Zee5 Kumkum Bhagya Pragya needs Abhi’s support Prachi tells Ranbir that she wants to save his future. Ranbir tells that he will keep his promise and protect her. They both give priority to each other due to their true love. Maya thanks Dushyant for helping her. He tells her that he will get Ranbir for her by framing Prachi into her murder case. Maya is glad that the plan worked and Prachi has confessed the love.

Sharma suspects Ranbir and Prachi’s love affair when he finds them fighting for each other. Ranbir asks Prachi not to accept the crime. Ranbir takes the confession crime. Dushyant asks Maya why did she think of suicide. Maya tells him that Rhea’s aunt Aaliya told her to die if she fails to kill Prachi. Dushyant tells that it wasn’t a suggestion, she wanted Prachi to die, or Maya to die by suicide. He explains that Aaliya was planning to mislead her for Rhea’s sake. She feels Prachi will go to jail now and Ranbir will get alone.

Sarita worries that Ranbir and Prachi may give any wrong statement in fear. She gets negative thoughts. She wants to go to them. She asks Shahana to stay at home and stop being stubborn. Shahana doesn’t want anything wrong to happen. She agrees to obey Sarita. Ranbir confesses the crime. Ranbir and Prachi shed tears and recall their moments together. Meera asks Abhi to help Ranbir, who confessed the murder charge. Maya thinks to stay away from everyone.

Pragya waits for the lawyer’s call. She misses Abhi. She feels she has raised Prachi single-handedly, but now she needs him. She thinks to contact Abhi, since he may solve everything. Sarita gets to see Maya. She realizes that Maya is alive and faked the suicide. She follows Maya. Meera asks Dimpy to not let Rhea know about Maya’s demise. Dimpy assures the same. Sarita wants to call Pragya about Maya. She thinks none will believe her. She calls Shahana to reveal that Maya is alive. Shahana wants to get clues.

Sarita tells that Maya will escape in some time. She asks Shahana to give her some good idea. Shahana asks her to make Maya unconscious. Sarita likes the idea. Prachi tells the officer that Ranbir is innocent. Officer tells that Ranbir would be her true lover to do so. Prachi doesn’t want him to get jailed. She wants to try harder to free him from the accusation. Dushyant updates Maya about the police case. Sharma tells Dushyant that he has done the work, Ranbir has confessed the crime. Dushyant asks him why didn’t he take Prachi’s confession.

He realizes that Sharma took the statement of wrong person. Maya gets to hear this and regrets the blunder. Sarita goes to faint Maya. Maya asks Dushyant to frame Prachi, not Ranbir. Dushyant tells her that he will save Ranbir. Prachi calls Sarita to speak to Pragya. Sarita tells her that she has important information, Maya is alive. Prachi doesn’t think so. Sarita tells that she has seen Maya alive and followed her. Prachi realizes the huge conspiracy. Sarita manages to catch Maya.

Reviewed Rating for this particular episode Zee5 Kumkum Bhagya Pragya needs Abhi’s support 12th July 2020: 4/5
This rating is solely based on the opinion of the writer. You may post your take on the show in the comment section below.