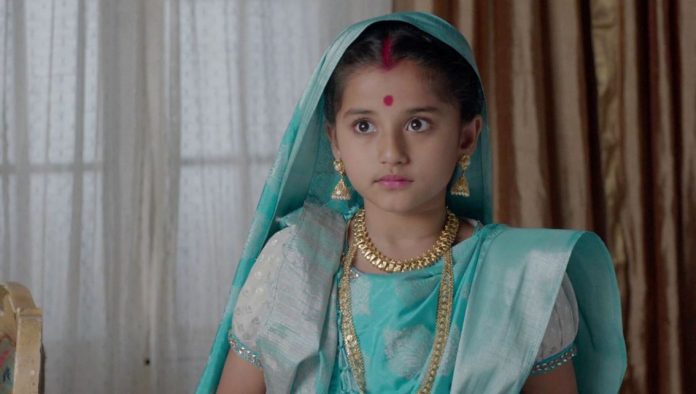 Barister Babu Colors 14th July 2020 Bondita’s blunder Trilochan doesn’t want Bondita’s problem to be known in front of the pandit. He asks Anirudh to leave and not say anything. Pandit wants to show a new path to Anirudh as well and stops him. Anirudh tells him that even he wants to show a path to the society. He tells that men and women are same and also need freedom. Pandit tells that women don’t need to do any yoga, since they work in the house all the time. Anirudh tells that they also need to focus on themselves.

He argues with Trilochan and pandits. Pandit reprimands Trilochan for not having a voice in his own house. Trilochan asks Anirudh not to ruin his respect and apologize to Pandit. He threatens to go on Sanyas if Anirudh refuses to him. Anirudh gets stubborn like always. Trilochan tells that he will leave the house. Anirudh stops him and apologizes for his sake. He doesn’t think its shame to bend down in front of elders. Anirudh bears a lot of humiliation while proving himself right. Bondita and Saudamini feel sorry for him.

Anirudh doesn’t want Trilochan to get punished for his thinking. Trilochan feels Anirudh got blind due to his western culture. He asks pandit not to snatch the respect from him by taking away the puja opportunity. He promises to not let him down. Pandit threatens to curse him. Trilochan asks Bondita if she is fine. He doesn’t want her to not forget the punishment. He wants her to hide it from Anirudh. He tells her that she should use her mind and not listen to Anirudh always. He suggests her to do what she feels right.

She tells him that she doesn’t feel the armlet remedy is right. He asks her to stop arguing with him. Bondita shares her sorrow with Saudamini. She doesn’t know that Saudamini has intentionally got her trapped. She blames the maid for bring out Bondita’s truth out. Bondita asks Saudamini if the maid dropped the curry on her hand. Saudamini fills her ears against the housemaid. Bondita misses her mum. She tells Saudamini that she finds Anirudh cruel sometimes, since he stops her from eating sweets.

Saudamini makes the rice spicy so that Bondita drinks a lot of water. She wants Bondita’s problem to increase. Bondita runs to get water after consuming the food. Saudamini wants to meet Anirudh for her next plan. She asks Anirudh to look after Bondita. Anirudh finds Bondita drinking water and yells at her for wasting his efforts. Bondita feels nothing has changed for her. Saudamini makes them quarrel.

Reviewed Rating for this particular episode Barister Babu Colors 14th July 2020 Bondita’s blunder: 4/5
This rating is solely based on the opinion of the writer. You may post your take on the show in the comment section below.