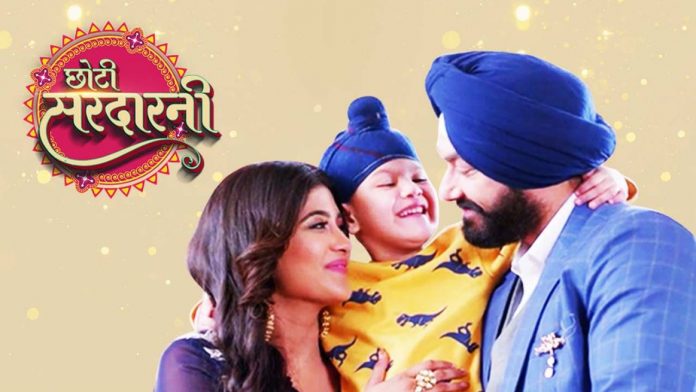 Choti Sardarni Preview 14th July 2020 Sarabjeet deceived Sarabjeet gets tricked by the cunning nurse, who sends him away by a lie that the doctor had called him for a talk. He goes away, leaving Meher alone. Param sees the nurse clicking the pictures of the medical papers.

Sarabjeet goes to ask the doctor if she wanted to talk to him. Doctor tells that she didn’t call for him. He realizes that the nurse was fake. He rushes to save Meher from the fraud nurse. Param runs to stop the nurse from injecting Meher. The nurse wants to drug Meher so that she doesn’t recover. Param asks Meher to wake up. Nurse lies that she is injecting Meher for her betterment. Sarabjeet and the doctor rush to Meher and find Param crying. Sarabjeet asks about the nurse.

He wants to know why is his son crying. Param tells that the nurse gave an injection to Meher. The nurse introduces herself to doctor. She tells that she has given the injection to Meher to stabilize her pulse rate. Sarabjeet asks her why did she lie that doctor had called for him. The nurse lies again. Param tells them that the nurse seemed wrong. The nurse excuses herself and conceals her evil motives. Sarabjeet stays by Meher’s side and wants her to get fine. Meher’s family meets her. Sarabjeet consoles Kulwant.

He asks Kulwant to have faith, Meher and her child are fine. Kulwant regards him equal to God for Meher. She thanks him for saving Meher’s life. Sarabjeet thinks of his decision. Kulwant wants Meher to talk to her. Sarabjeet recalls his time with Meher. Harleen is the one conspiring against Sarabjeet and Meher. She didn’t leave a chance to insult Kulwant. Meher wanted Harleen to be sure that Ginny would be happy in her in-laws. Harleen tells that Ginny would regret the marriage. Kulwant ecalls the time when Meher was with the family. Doctor tells Sarabjeet that she is looking for Meher’s reports. The reports get misplaced. The nurse informs someone about Meher’s condition. Sarabjeet finds the nurse upto some plan. He goes to confront her.

Reviewed Rating for this particular episode Choti Sardarni Preview 14th July 2020 Sarabjeet deceived: 4/5
This rating is solely based on the opinion of the writer. You may post your take on the show in the comment section below.