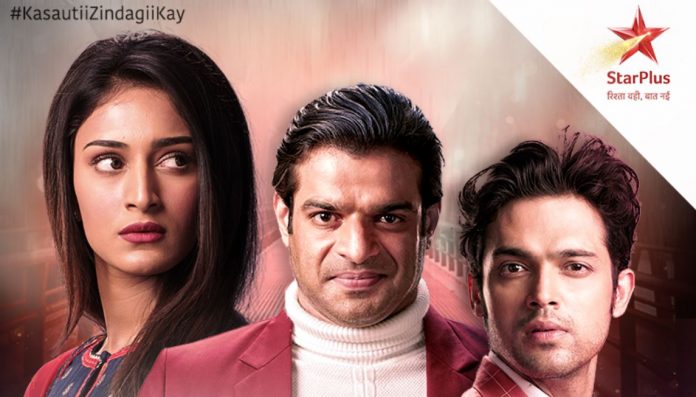 Kasautii Stormy Bajaj entry Komolika extreme move Prerna saves Anurag’s life by rushing him to the hospital on time. Mohini and Nivedita learn that Anurag is in the ICU. They want to know what had happened to him. Komolika has no answers either. She tells them that they shall reach the hospital soon to know about Anurag’s conditions. Basus rush to see Anurag. Prerna acts cold towards Anurag. She doesn’t want to keep his belongings.

She refuses to keep his phone. She learns that the nurse spoke to Anurag’s mother. She thinks to avoid Mohini. She doesn’t know that the nurse actually informed Komolika. Prerna gets aside when the Basus meet Anurag. Komolika thinks to see her husband later. She chooses to argue and insult Prerna first. Komolika uses her same thrashing words to insult her enemy. Prerna doesn’t react, making Komolika feel that her words aren’t affecting her.

Komolika gets more angered seeing her calm. She then provokes Prerna by reminding her of Mr. Bajaj. She asks Prerna to at least be loyal towards Mr. Bajaj. She reprimands Prerna for posing as Anurag’s wife and signing the consent form. Prerna clears out that she did that to save Anurag’s life, by getting the surgery procedure started. Komolika doesn’t pay heed to her clarification. She questions Prerna over her choice to save Anurag, when she could have let him die at the construction site. Prerna still has humanity and also hidden feelings for Anurag. Komolika senses her feelings and asks her to admit that she loves Anurag.

Prerna gives up when Komolika irritates her more. She admits that she loves Anurag and saved his life. She also adds that she has to exact her revenge on him and until then, she will keep him protected. She tells her that Anurag is still in her heart, he will soon realize his love and then leave Komolika. She rages Komolika by asking her to know the outcome of her meetings with Anurag. Komolika controls her temper.

She actually knows that Prerna will not leave Anurag so easily. She asks Prerna to get help and get herself mentally treated. Their argument intensifies. Prerna wants Komolika to get frustrated even if she wins Anurag. Mohini and Nivedita meet Anurag and get concerned for him. They learn that Prerna saved his life. Still, they want to favor Komolika due to their fear. Mohini wants Komolika to be at Anurag’s side. When she finds Komolika being angrily mad, she slaps her. She calms down Komolika and asks her to not let Prerna win.

She asks Komolika to act wise and understand Prerna’s plan. Komolika thinks its time to contact Mr. Bajaj, who is the only person having control over Prerna. She wants to inform Mr. Bajaj about Prerna getting after Anurag once again. Komolika meets Mr. Bajaj and asks him to control his wife, who still feels for Anurag. Mr. Bajaj doesn’t seem affected, since he knows that Prerna just loves Anurag. Prerna challenges to ruin Anurag. She wants to give him the pain and sorrow back. Anurag is happy to see her winning in her revenge plan.

Reviewed Rating for this particular episode Kasautii Stormy Bajaj entry Komolika extreme move 14th July 2020: 3/5
This rating is solely based on the opinion of the writer. You may post your take on the show in the comment section below. 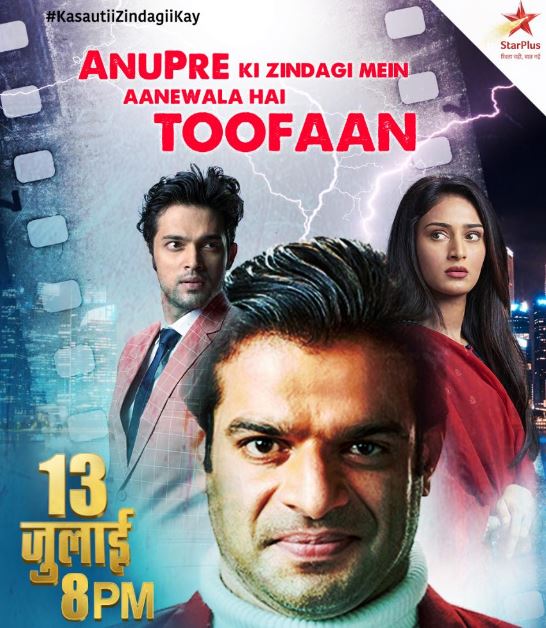