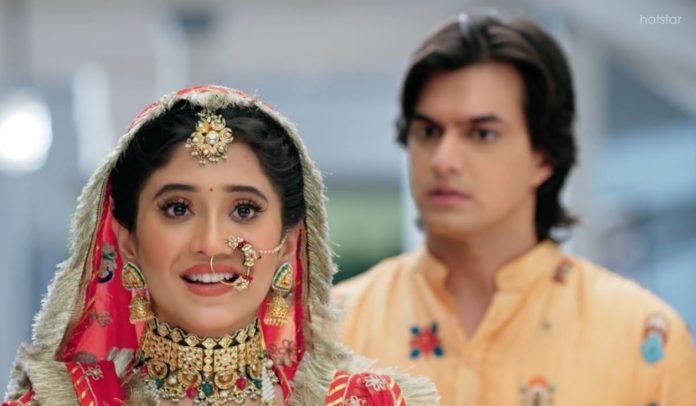 YRKKH Kaira trick Sita 14th July 2020 Quick Review Naira and Sita’s quarrel at the temple side gets higher while Naira remains ignorant that Sita wasn’t totally wrong. Sita gets wrong in her sight when she comments on Naira’s clothing. She tags Naira’s clothes inappropriate according to their culture and values.

Naira doesn’t think its right to criticize someone, misjudge and tag her wrong on the basis of her clothes. She asks Sita to look at herself, if her rich clothing judges her well. Naira tells Sita that the poor lady wasn’t at fault completely, but even then Sita had been scolding her because of the difference in their class. She tags Sita’s class inappropriate since Sita doesn’t have any humanity, which is the most important thing in their lives.

She tells Sita to have some sensitivity towards other people. Sita was lecturing Naira on her clothing by now and then she gets to hear her lecture on the ethics and traditions. Naira shows that its equally important to have humanity as we hold values. She finds Sita having a mono-perception. Sita gets enough of her and wishes that she never meets Naira again. Naira also wishes that she never comes across the arrogant old lady. Sita goes to meet the Goenkas for the business meeting. Her mood gets spoiled, but she still wants to keep her word.

Kartik awaits Sita anxiously. Naira returns home in a bad mood and tells him about the lady she met at the temple. Kartik learns that Naira had a fight there and is upset. He cheers her up. He tells her that Sita would be coming in some time, she better decks up to impress Sita with her traditional look. He flirts with her. He asks her to take less time and get ready to meet Sita. Naira rushes and makes her mood better. He tells her that he is hoping Sita will fund the company and everything gets back on track for Goenkas. Dadi and entire family wish the same.

Naira gets ready and decks up like a bride in a red lahenga. Kartik and Goenkas welcome Sita heartily and show their totally traditional avatar. Sita gets pleased and her smile gets back on seeing them. Kartik then makes her comfortable and welcomes her home. Sita gets a surprise from Goenkas’ super bahu Naira. Naira performs traditional dance to welcome the guest, treating her like Devi. Sita sees her face and identifies her as the girl who argued with her at the temple. Sita fumes on seeing her and immediately declares that she won’t be funding Goenka business, due to the fact that their bahu is such mannerless and ill-cultured.

She tells Kartik that she has met Naira at the temple and their meeting was really upsetting. The family doesn’t know what is she saying. Sita tells them that she would not like to have business tie-up with them. Before she makes a leave by shattering their hopes, Naira gets helpless to cook up a lie of her twin sister.

Kartik has seen Sita’s inclination towards ethics and customs, the moment she entered his house and did some corrections on the decor. He thinks Naira got caught badly. Naira lies that Tina is her sister and totally opposite of her. She asks Sita to believe her. Sita thinks Naira is fooling her and reprimands her for the huge lie. Naira wants Goenkas to support her in the lie. They get reluctant to lie, but Kartik lies to support Naira. He doesn’t want Naira to get more scolding from an outsider. He feels bad when Sita pities Goenkas for having a bahu like Naira. He sings praises of his wife.

Naira tries to prove to Sita that her twin sister Tina really exists. She apologizes to Sita and tells her that she will call Tina home to make her apologize too. Sita gets convinced after hearing about Tina. Naira invites troubles by the fake story, unaware that one lie would make her lie again and again. Kartik and Naira try to keep their lie in front of Sita, and get into hilarious moments. 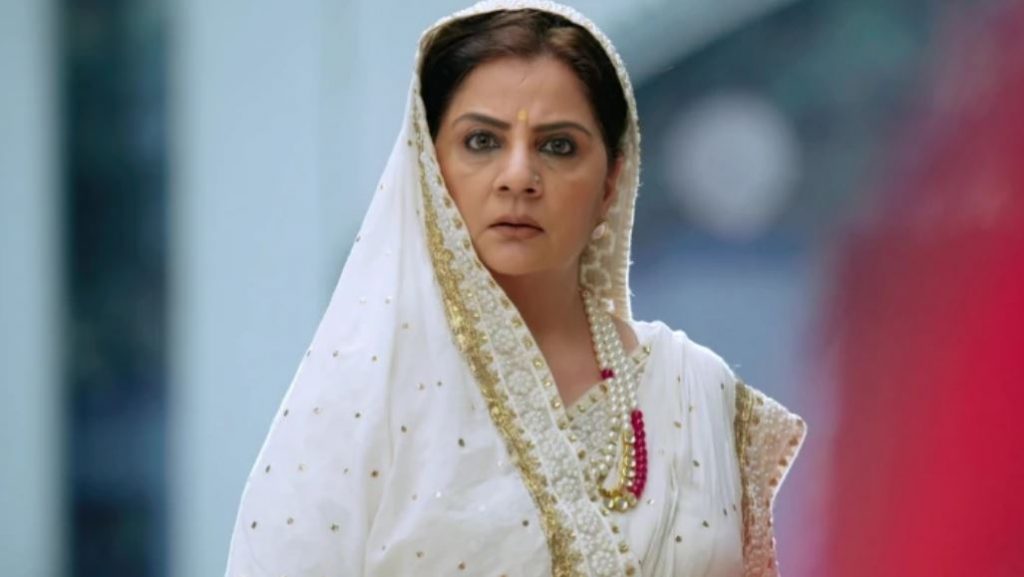 Reviewed Rating for this particular episode YRKKH Kaira trick Sita 14th July 2020 Quick Review: 5/5 Interesting and New
This rating is solely based on the opinion of the writer. You may post your take on the show in the comment section below.