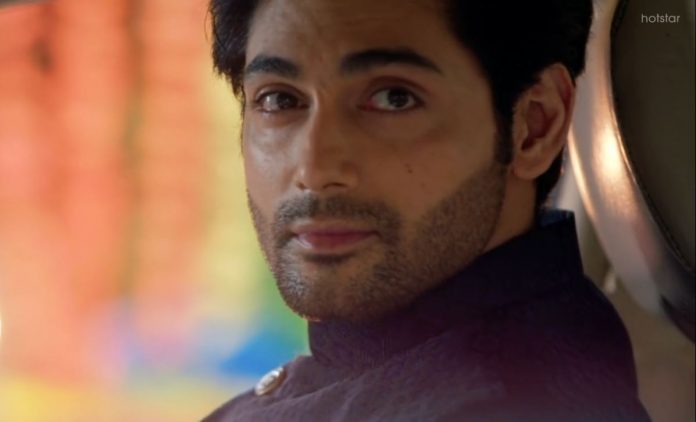 Rishte Pyar New entry rescues Mishti 15th July 2020 Abir and Mishti’s struggle to hide their secret goes on. Kuhu doesn’t leave a chance to condemn Mishti, knowing Meenakshi will never forgive Mishti for taking Abir away with her. She tells Meenakshi that Mishti always shows her rights on Abir and takes her away from the family.

Meenakshi also thinks Kuhu is right. She is pleased with Kuhu for always being with the family and looking after them, than preferring to go with Kunal. She hates Mishti even more. She tolerates Abir’s love for Mishti with much dislike. Ketki tells them that she would tell Abir about her alliance with Varun. She thinks Mishti is unwell and Abir is with her. Meenakshi wants to ask about Mishti’s well-being.

She goes to meet Mishti, while the latter was thinking to have breakfast with the entire family. Abir surprises Mishti and tries to keep her positive, so that she stops thinking of the past. He wants her to keep smiling. He flirts with her. Meenakshi breaks their moment. She reprimands Mishti for always doing her wishful. Abir favors Mishti and asks Meenakshi to know Mishti’s feelings first. Mishti apologizes to Meenakshi for spoiling the family plans. Meenakshi wants Mishti to stay in her room, since she doesn’t expect her to bond with the family like before.

She assumes that Abir has chosen Mishti over the family. Parul and Kaushal come up with an idea to lighten everyone’s mood. They shock Abir by informing about Ketki’s elopement with Varun. Abir questions about Varun. Meenakshi doesn’t show interest in telling him. Kuhu brings Ketki’s alliance news as a surprise for Abir. Ketki reveals that she has chosen Varun as her life partner, though Varun is Meenakshi’s find. Abir doesn’t believe that Meenakshi can find someone genuine and nice for Ketki.

Ketki tells Abir that she is happy with Varun. She informs about her marriage getting fixed. Abir gets upset that the family didn’t share Ketki’s relationship news with him, when he spoke them every day on phone, though he was away, he was connected to their hearts. He tells them how much he loves Ketki and family. He asks Meenakshi why didn’t she tell him before. Meenakshi and Kuhu maintain that they wanted to tell Abir when he came home, they didn’t tell anything since he was away.

Abir questions them if they have shared the family matters with Kunal, who is also away from the family for work purpose. He realizes that Kunal is updated about Ketki’s alliance. This makes him more upset. Kuhu blames Mishti for distancing the relations. Abir doesn’t want Kuhu to drag Mishti in everything. Kuhu asks him the reason for his change, when he was supporting her before. He tells her that her mistakes isn’t hidden to him. He reveals that Kuhu had spiked the coffee on the Puja day to keep him away from the puja.

This truth comes as a shocker for the entire family, since just Meenakshi knew about it. Abir tells Kuhu that he has always protected her and went against Mishti for her sake, but she never values Mishti. He wants the family to understand that he loves them and is living away for some reason. He explains that he isn’t feeling forced or unhappy to be with them. He tries to clear their misunderstandings. Abir and Kuhu’s argument gets bigger, while Kuhu rebukes Mishti for snatching another precious relation from her. Mishti gets enough of the accusations. She feels sorry for Abir. She regrets to come home and face this moment.

She breaks down and runs out of the house to avoid the bitter argument. Abir realizes that she left because of Kuhu. He warns Kuhu against hurting Mishti’s feelings and questioning anything about the past. Kuhu gets depressed too. She decides to find out what’s Mishti hiding, why is she so afraid and what has happened in the past. She threatens to bring out the truth. Abir rushes to find Mishti. He gets shocked to see her in danger, and alerts her. Luckily, she gets saved in time when a stranger comes to help. Mishti’s guilt gets high and she reaches the police station to admit her crime. She wants to surrender to the police, but Abir stops her.

Reviewed Rating for this particular episode Rishte Pyar New entry rescues Mishti 15th July 2020: 4/5
This rating is solely based on the opinion of the writer. You may post your take on the show in the comment section below.