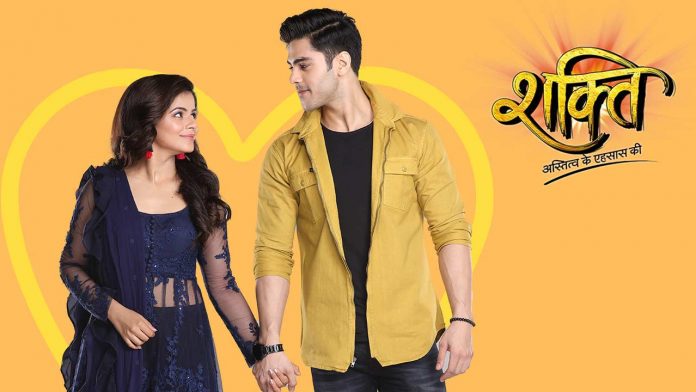 Shakti Heer Soumya meet Huge twists upcoming 15th July 2020 Heer apologizes to Virat. She tells her that Soumya has returned and given her a choice. She tells him that she can choose him over everyone else, but not Gulabo. She badly wants Soumya back. She ends their relationship. Virat stops her for a final romantic dance. He recalls the moments spent with her.

They get emotional. He tells her that they will always live in each other’s heart. Heer sheds tears while she parts away from him. He decides to find Soumya for her sake. He recalls the picture he clicked. He feels that Heer was hiding this problem since long. He wonders why does Soumya want to stop Heer’s marriage. He wants to find the reason. Gurinder asks Virat to win Heer’s true love and never give up. She encourages him.

She asks her to bring Heer back and find Soumya together. He thanks her for the support when his entire family is against his love. His family wants him to forget Heer. Meanwhile, Heer gets broken and thinks of Soumya. She walks depressed on the road. Virat spots her. He tells her that he will find Soumya to ask the reason for breaking their marriage. He tells that they should ask for their answers, Soumya was in love with Harman and respected love.

He wants to know why did Soumya become an enemy of their love story. He asks Heer to support him if she loves him. He promises to fix everything. She tells that she loves him, but is helpless. She agrees to support him. They fail to contact Nutan. Soumya keeps an eye on Heer. She runs away from Heer. Saaya feels Soumya has forced Heer to break the marriage with Virat, Heer is convinced now, but they shouldn’t free Nutan so soon.

Soumya has broken Heer’s heart. She sheds tears. Saaya consoles her since her intention behind it was right. She informs Soumya that Heer has broken the marriage. She asks Soumya to pack her bags and leave from their lives. Soumya decides to go away. Virat and Heer try to find Soumya by asking some people. Saaya tells Soumya that she is being searched by Virat and Heer. She informs Harak that Heer has gone to Virat and they are finding Soumya. She asks Harak to control Heer to save their plan. Harak asks her to stop Heer if she can.

He asks her to keep Soumya away from Heer, else it will be a disaster. Virat and Heer fail to get any information about Soumya. They get a hint when the broker identifies Saaya. He gives the house address. Heer tells Virat that Saaya didn’t tell her about Soumya. They reach the address. Preeto calls Saaya/Mallika and asks her to leave the place as soon as possible, since Heer has reached. Virat and Heer get close to find Soumya and miss her out.

Soumya and Saaya make a leave. Soumya leaves another letter for Heer. Heer cries on reading her letter. She learns that Soumya is leaving the city again. Virat wants to know why is Soumya giving so much sorrow to Heer. He tells Heer that he knows about Soumya, he will find her. Heer doesn’t want to find Soumya after reading the letter. Virat tells that he is free from any promise. Soumya reaches Saaya’s place. Virat takes Heer there to catch Soumya.

Soumya runs away, but Heer stops her. Heer’s identity truth will be soon out. Heer meets Soumya and confronts her to know the reason for stopping her marriage. Preeto will reveal Heer’s kinnder identity to Virat. Virat gets mad on knowing the truth and steps back from the marriage himself. How will Heer deal with the truth that changes her identity? Keep reading.

Reviewed Rating for this particular episode Shakti Heer Soumya meet Huge twists upcoming: 5/5
This rating is solely based on the opinion of the writer. You may post your take on the show in the comment section below.