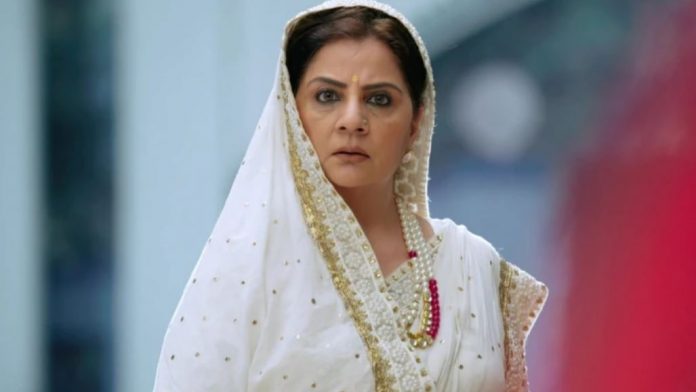 Yeh Rishta Sita unexpected row 15th July 2020 Naira and Sita’s convincing talk goes on, while Sita seems to believe Naira. Naira presents enough evidences to prove that Tina looks like her, Tina is her twin sister and everyone knows about Tina. She asks Sita to better ask her family about Tina. Sita gets confused for a moment. She thinks to delay the business talks. She tells Naira that she will have the dealing with Goenkas later on. She makes a leave, while the Goenkas expect to get the deal. But, they don’t want to lie along with Naira.

They feel that Naira is being wrong in cheating Sita to save the family business. Kartik strongly opposes Naira, even when she tries hard to convince him. During this, Dadi gets convinced that its essential for them to save their business so that many families stay stable. They don’t want their staff to suffer. Dadi supports Naira and is ready to keep up her lie.

She tells Naira that she will speak to Sita and also testify about Tina. She just wants the funds for the business so that her house gets saved from mortgaging. Dadi asks Kartik to support Naira, since she is doing everything for the family. With Dadi’s approval, everyone seems to agree, except Kartik. Kartik stays in two minds, feeling Sita will be catching the lie and the worse will be the outcome. He doesn’t want more problems. He tells that the bad phase always passes, though after giving some sorrow, but its wrong to cheat someone for money.

Naira wants him to understand that their family is their firstmost priority, its their duty to protect them and stabilize them, so that happiness stays. She tells him that the lie isn’t so big to get caught and maybe Sita won’t visit them all the time. She wishes that things fall into place and everything gets fine. Kartik knows her efforts are true and her intentions are also noble. Still, a fear surrounds his mind. Naira understands his fears and tries again to convince him. She romances Kartik and presents her dual avatars of Naira and Tina.

He falls in love with Naira and Tina. He gets confused thinking which avatar he loves the most. He then concludes that Naira and Tina are the same person, and he loves her heart, more than her looks. Naira tells him that they will try to arrange loan until Sita comes with her reply. Kartik and Naira head to the bank to apply for the loan. Suwarna and Surekha get busy in pleasing Dadi and proving how much they care for the family. Dadi sends the family jewellery with Naira to keep it safe in the bank lockers. Sita also visits the bank at the same time.

Kartik and Naira have a cute tease moment, when she demands his twin avatar for her romantic fantasy. They both fantasize Kartik’s twin Bhautik, who is much similar to Tina and dating her in their imagination. They wonder how troubled would be Sita to handle Tina and Bhautik at the same time. They share a laugh. Sita happens to catch them red-handed. She thinks Naira has been making a big fool of her by lying about her twin sister.

She catches hold of Naira’s lie and confronts her about falling so low to get the investment for business. Naira drags her lie further. She has no way to step back now. Even Kartik gets helpless to support her. Naira acts like Tina to convince Sita with her misbehavior and sharp-tongued talks. Sita can’t believe that Naira is trying so hard to fool her. She interrogates Naira, while the latter answers her. Sita drags them home asking them to present Naira and Tina in front of her at the same time. What will Naira do now?

Ahead in the track, Sita suspects Kartik to be having an affair with Naira’s sister Tina. She informs Naira about Kartik’s affair and shocks her. The track gets hilarious with Naira and Tina’s confusion. Keep reading.

Reviewed Rating for this particular episode Yeh Rishta Sita unexpected row 15th July 2020: 4/5
This rating is solely based on the opinion of the writer. You may post your take on the show in the comment section below.