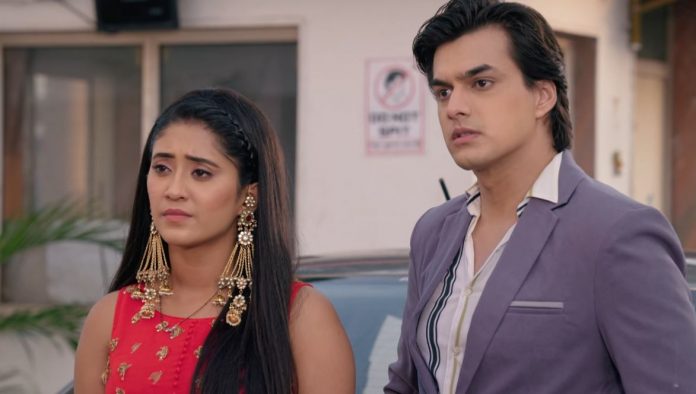 Star Plus Trailer Upcoming YRKKH Anupama Yeh Hai Chahatein: Rudraksh and Prisha help out a couple and get them married, by ending their doubts over the post marriage life. They try to find Balraj to reach Saransh. They want Saransh at any cost. Rudraksh is aware of Balraj’s anger. He tells Prisha that Balraj shouldn’t know that they know his truth, else he may kill Saransh to vent his anger. He fears that Saransh is in deep trouble. Though his fear is right, his suspicion is wrong.

Niketan is the kidnapper, who had kept Saransh captive in the storeroom in Khurana mansion. Rudraksh and Prisha are unaware of Niketan’s dual personality and madness. On the other hand, Yuvraj helps out Gopal and Vasundara. He tries to get back into their good books so that he can reach Prisha and Saransh. He wants Prisha to marry him.

He aims to get Saransh’s custody and become legal guardian of him so that he gets Rajeev’s assets on his name. Yuvraj meets Prisha and informs her that her dad is hospitalized. He asks her to come along to meet her dad, who is really critical. Prisha gets shocked to know this. Rudraksh doesn’t believe Yuvraj and accompanies them, only to find Gopal in trouble.

Yeh Rishta Kya Kehlata Hai:
Kartik and Naira get worried when Dadi decides to get the house mortgaged. Dadi hands over the house property papers to Manish. She asks Manish to take the papers, since the family is important to her more than the house. She tells that they can make a house their home again, only when they stay fine and happy together.

She doesn’t want her sons to get ashamed in front of the business clients. She asks Manish and Akhilesh to mortgage the house and get money to run their business well. Kartik and Naira get worried by her move, since Sita has refused to give them any call. Kartik imagines the house auction happening. He fears of losing the house. Naira undergoes the same trauma. Kartik and Naira get helpless to run to Sita and convince her for approving the loan for Goenkas.

Anupama:
Anupama wins the trophy by organizing a fusion food stall at Pakhi’s school fest. She makes Pakhi proud by winning over the educated and sophisticated moms around. Vanraj gets helpless to live the moment with Anupama. He didn’t expect her to win. Anupama feels happy when he tells her that he is proud of her. She lives in a misunderstanding until they reach home. He tells her that he had lied on the stage to cut down his embarrassment.

He didn’t expect Anupama to go against him and disrespect him in front of Kavya. He tells her that Kavya mocked him since his wife doesn’t listen to him. He tells her that she has failed as a wife, though she has won a trophy. He doesn’t think her achievement is something to be celebrated. Vanraj’s bitterness hurts her heart.