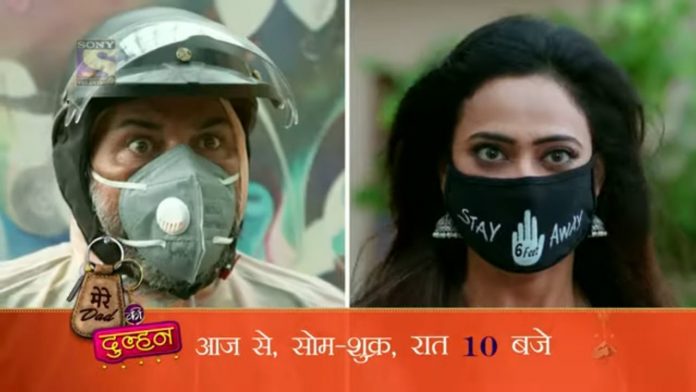 Watch Mere Dad Ki Dulhan Promo New Episodes air tonight Amber and Guneet’s lives take a turn during the lockdown. Its a known fact that Guneet was always a friend for Nia. She has support Guneet and also her friends. Nia liked Guneet a lot, and also knew that Amber is in love with Guneet. She was supporting Amber and Guneet’s love story.

Amber too got friendly with Guneet and wanted to soon confess that he is her online friend and already fallen in love with her. He fails to do so, when something abrupt occurs in their lives. The rift causes Guneet to get away from Amber’s life. After three months, Amber looks forward to meet Guneet. She dumps the mango crate in front of him and asks him to stop trying such things, since nothing can mend their terms. She wants him to stop acting and leave. Nia tells her that she can’t shout on Amber, he didn’t send any mangoes.

She asks Guneet to get lost. She advises Amber to stay away from Guneet, who isn’t suitable for her. Their lives change in the short period of three months. Nia feels that he deserves a better person than Guneet. Amber and Guneet steal a moment. Guneet angrily stares at him. She tells that she doesn’t want to keep any relation with Amber and Nia. Nia clears that Guneet isn’t her dad’s prospective bride. Amber and Guneet go through a sorrowful time.

They both have hidden emotions, unknown to Nia. The secret behind the huge fight and the estranged terms will soon come out, since the new episodes start airing from 20th July, 2020 at 10 pm on Sony entertainment channel. You can catch up the show’s latest promo below. How excited are you to watch the hilarious love story? Leave your opinion in the comments section.