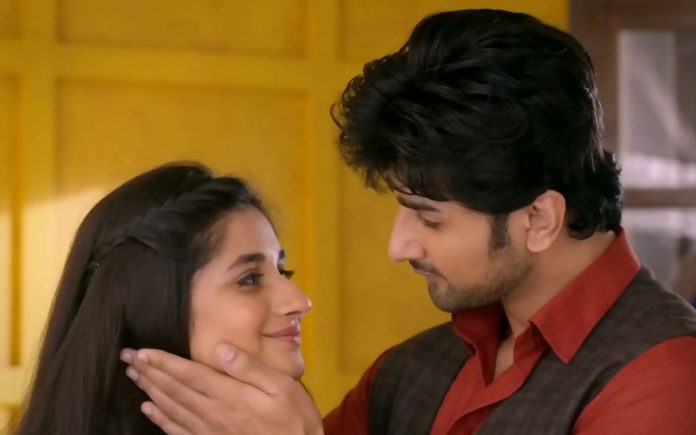 Guddan Tumse Zee5 Upcoming Preview 21st July 2020 Akshat tells the doctor that the life has been tough on Guddan, but a miracle happened. He tells him that Guddan and he got a little girl and he regards the girl as a blessing for them. He asks the doctor to lie for Guddan’s sake. He wants the doctor to lie that the girl is Guddan’s daughter. He decides to adopt the girl. The doctor finds his deed a noble man. He tells that he can’t lie to Guddan against his professional ethics. Akshat asks him not to tell Guddan that the girl isn’t her daughter.

He wants Guddan’s well being and happiness. The doctor refuses to lie. Akshat tells him that if he isn’t agreeing to him, then his lawyers will call him. He threatens the doctor to get him fired from his job. He doesn’t want to cause any harm to the doctor. He tells the doctor that when its about Guddan, he can do anything, he can’t see his wife breaking down.

He makes the final request to the doctor. He tells the doctor that he can either accept his request or be ready to face the consequences. He suspects that someone is in his room. Ganga and Avinash are hiding behind the curtain. They overhear Akshat and the doctor’s conversation. The doctor worries when Akshat suspects someone hiding.

Akshat tries to know who is spying on him. He thinks maybe its Guddan’s enemy. He goes to check behind the curtain and unmask the unknown person. Ganga gets too worried thinking Akshat will be knowing her truth. She is still evil-minded. Durga asks Laxmi about the puja preparations. Laxmi tells her that everything has been done, she is going to set the aarti plate in some time. She asks Durga to bring Guddan. Dadi awaits to see the baby. Guddan brings the baby in the cradle, assuming that its her daughter. Akshat adopts the baby and lies to Guddan. Jindal family welcome the new member and celebrates. Ganga gets jealous to see Guddan happy with the baby.

Reviewed Rating for this particular episode Guddan Tumse Zee5 Upcoming Preview 21st July 2020: 2/5
This rating is solely based on the opinion of the writer. You may post your take on the show in the comment section below.