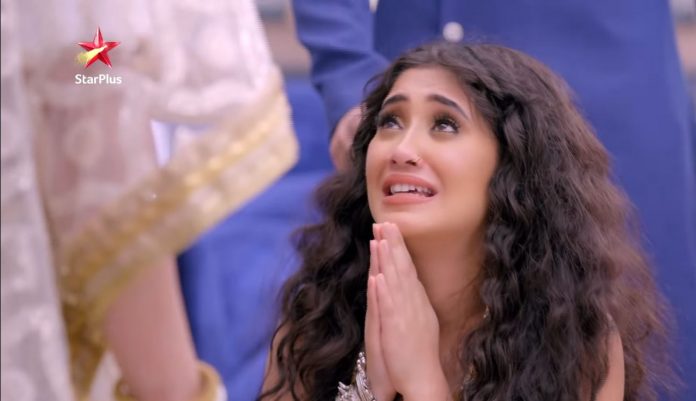 YRKKH Promo Upcoming Twist Sita catches Naira’s lie Kundan makes a plan and traps Naira in the storeroom. He ignites the fire. The family rushes to save Naira. Kartik and Goenkas save Naira on finding her unconscious. They call her Naira, when she is in Tina’s get up. Sita fails to understand why they are calling her Naira. She asks them why are they so worried for Tina. She realizes the truth on hearing them. Kartik gets too panicking. He cares for his wife. He doesn’t care if the lie gets known to Sita.

Kundan gets happy that Sita finally knows the truth and now she won’t be signing the deal with Goenkas. Sita shouts on Naira for the big cheat. She asks Naira why did she cheat her. Naira begs her and apologizes. Sita tells her that such a big cheat can’t be forgiven. She shouts on Naira. Naira was scared that her truth will be coming out. Kartiik, Naira and Goenkas try hard to convince Sita. Sita fumes on them. She didn’t know that Naira is acting traditional, but she is the bitter-mouthed Tina. She tears the deal papers and throws on Naira’s face.

Sita walks out of Goenka mansion by calling off the deal. She doesn’t think that they should have any business connection now. Kundan gets happy that his plan worked. He wanted Sita to break the deal and leave. Naira feels her lie spoiled everything. Kartik comes home with a big good news. He gathers everyone. He tells them that Sita has forgiven them and agreed to give them loan.

Naira doesn’t understand this. She asks Kartik what did he do to convince Sita, how did she forgive him, how did she agree when she declared her decision before leaving. He hopes that Kartik didn’t plead to convince Sita. Kartik doesn’t want to reveal anything. What is Kartik hiding from them? Keep reading.