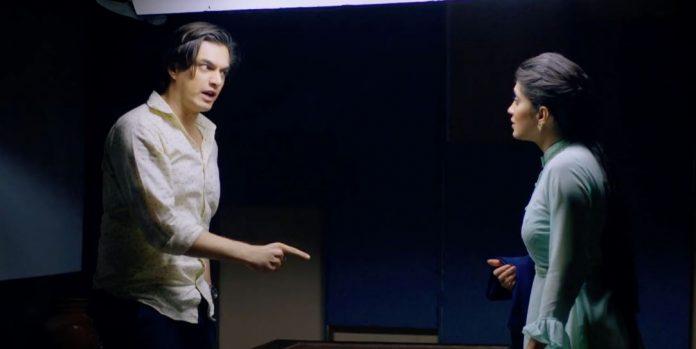 YRKKH Upcoming Story 28th July Naira digs out truth Naira wants to know the reason for Kartik’s big lie of the accident. Kartik tells the family that he has really committed the accident, though unintentionally, but he had to leave the victim on the road and flee, he did a mistake to not take up the responsibility. The family can’t believe him. He tells them that he got too scared and wanted to rush home to give the good news to them. He apologizes to them.

Naira tells them that Kartik can never do this, he is hiding some big truth from them. She wants them to question Kartik about the truth. Kartik tells them that whatever he just said to the police is true. He surrenders to the police. His arrest gets shocking for everyone. Naira wants to know the truth from him. She constantly tries to find out why is he taking the accident blame on himself. Naira and Kartik’s moment breaks even when she makes him swear on Kairav. Kartik tells Naira that he can’t give her any answer, he has already told her about his mistake.

Naira wants him to just speak out the name of the real culprit involved in the accident. She knows that he can never hurt anyone, and can never flee like a coward. She finds his story unconvincing. Kartik doesn’t stop and goes with the police. Goenkas tries to get the legal help for Kartik. They contact the lawyer. They want Kartik to cooperate with the lawyer. It gets more shocking when Kartik refuses to get the bail. Kartik doesn’t want to speak to Naira or any other family member. He tells the inspector that he would not like to meet anyone from his family. Inspector leaves him alone for some time until they record his statement.

Kartik confesses to have done the accident and is ready to bear the punishment. Naira follows Kartik to the police station to meet him and get an answer. She learns that Kartik doesn’t want to meet her. Inspector tells her that Kartik has himself decided to avoid the family. She wonders what’s the reason that he is behaving so weird. Her doubt on him intensifies further. She wants to meet him at any cost and know the hidden secret. She knows that he is troubled within and bearing the pain alone.

The entire family cries for him and recall the happy moments spent with him a day before his arrest. They miss him at home. They want him to lead the business, after all he has brought the good news of loan approval. Manish doesn’t understand why Kartik wants to bear the punishment, when he had to run the family business from start. He thinks if Kartik is really guilty and wants to get punished. The family shows trust on Kartik. Naira gets to see the victim’s mother and learns about the accident case details. She gets confused.

Naira asks Manish to trick the cops until she meets Kartik. Manish and Akhilesh try hard to help her. They want Kartik to meet the lawyer and accept the bail. Naira rushes to meet Kartik. She scolds him for making her see such a worse day in her life. She tells him that this could be avoided if he tells her truth. Kartik still stays adamant and tells her that he has done the accident. He doesn’t want to reveal the truth.

Kartik threatens to harm himself if she continues to question him. He wants her to leave. She gets disappointed with his strange behavior. The inspector finds her in the interrogation room and ousts her. Kartik is scared that Naira may read his eyes if he is with her for some time. He gets relieved that she left. Naira feels Kartik is hiding something major. She learns that his car was in the garage when the accident happened. She gets more clues in his favor. She realizes that he isn’t responsible for the accident. Manish and Akhilesh tell the family that maybe Kartik really made a mistake, as everyone makes mistakes, being human beings.

Manish feels sorry for his son, who received a good news a day before and now is suffering behind bars. He wishes to help out Kartik. Naira gets equally worries and digs out the truth, which makes her reach Sita’s house. She suspects Kundan is behind the accident. She wants to know the truth from Sita herself. Sita doesn’t tell her anything either. Naira returns to Kartik to pressurize him and asks him the truth. She tells him that she got to know his secret, the matter which is hidden by him, Sita and Kundan. Kartik gets worried that she got close to the truth.

Naira will soon reveal that Kundan is the person behind the accident, while Kartik rushed the victim to the hospital in time and yet took the blame on himself on Sita’s saying just to get financial help for Goenka empire. How do you like this interesting track? Keep reading to know more.

Reviewed Rating for this particular episode YRKKH Upcoming Story 28th July Naira digs out truth 4/5
This rating is solely based on the opinion of the writer. You may post your take on the show in the comment section below.