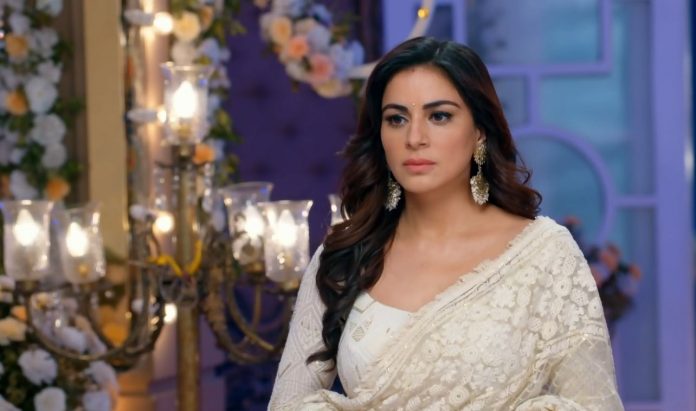 Kundali Bhagya Latest Preview 3rd August 2020 Kareena takes Preeta aside to lecture her. Preeta tells her that she won’t weep like always, she has decided to ignore all the taunts. She tells that she has come on Karan’s invitation. Kareena tells that Preeta has come with a purpose to spoil Karan and Mahira’s special day. Preeta tells her that she has come like a guest, she will just leave soon. She requests to pay her respect and treat her as a guest.

Kareena tells that she will be liking it, but Preeta should behave like a guest, she shouldn’t seek Karan’s attention, she shouldn’t act like a family member. She tells that Preeta has always spoiled Karan and Mahira’s marriage functions. Preeta asks her not to suspect her intentions. Kareena asks why did she accept Karan’s invite, as if she wanted to come and attend the wedding. Preeta tells Kareena that she had come so that Karan doesn’t misunderstand her. She doesn’t want Karan to make her disturbed.

She asks Kareena to ask Karan about inviting her. Kareena tells that she didn’t know about Karan’s move to invite her. She tells how much she hates Preeta. Preeta asks Kareena to try and understand her for once, she isn’t a bad person. She tells her that she is their well wisher. She promises to never come back once she makes a leave. Kareena tells that Rishabh and Sherlyn are happily married, while Preeta wanted to stop their marriage. She taunts Preeta for not marrying Prithvi. She wants Preeta to go home. Ramona compliments Mahira.

Mahira gets happy when Rakhi comes to take her to the mandap. Kritika asks Rakhi if she is happy with the marriage. She wanted Karan to be with Preeta. Rakhi tells that she likes Preeta a lot, who is really selfless and true, she is their well wisher and protector. She knows Preeta’s golden heart. She wishes that Preeta could become her Bahu. She can’t change Karan’s mind. She tells that Karan isn’t accepting his marriage with Preeta, he is stubborn and didn’t leave any option for the family, they have to accept Mahira for the sake of his happiness.

Kritika asks her if she is really happy. Rakhi wants Karan’s happiness. Karan meets his bride Mahira, who tells him that she wants Preeta to witness all their rituals. They sit for the puja. Karan tells the pandit that Preeta isn’t there. He looks for Preeta. He thinks where did Kareena take Preeta. Preeta tells Kareena that she won’t go before the wedding ends, she will see all the rituals. Kritika overhears Kareena and Preeta’s conversation.

Preeta tells her faith in her Kundali and Bhagya. She tells that everything written in fate happens some way or the other. Kritika tells Kareena that Karan is calling Preeta. Preeta apologizes to Kareena. She goes to witness Karan’s marriage rituals. Karan sees Preeta and shows his happiness in marrying Mahira. He wants Preeta to feel the sorrow of losing him. Shrishti doesn’t want Preeta to bear the pain. She knows Preeta is pretending to be normal. Rishabh knows that Karan is behaving happy just to hurt Preeta’s heart. He doesn’t want Karan to make things so difficult for Preeta. He feels sorry for Preeta.

Sherlyn is happy to see Preeta controlling her tears, and Rishabh helpless in the situation. Rishabh tells Sherlyn that he will not support Karan, who is totally wrong. Sherlyn tells him that Preeta had sent the legal notice to them. Rishabh guarantees that Preeta can never send any legal notice to them. Preeta tries to stay unaffected. She also smiles when Karan looks at her. Karan gets upset to see her smiling. Preeta doesn’t want him to win in breaking her heart.

Reviewed Rating for this particular episode Kundali Bhagya Latest Preview 3rd August 2020: 4/5
This rating is solely based on the opinion of the writer. You may post your take on the show in the comment section below. 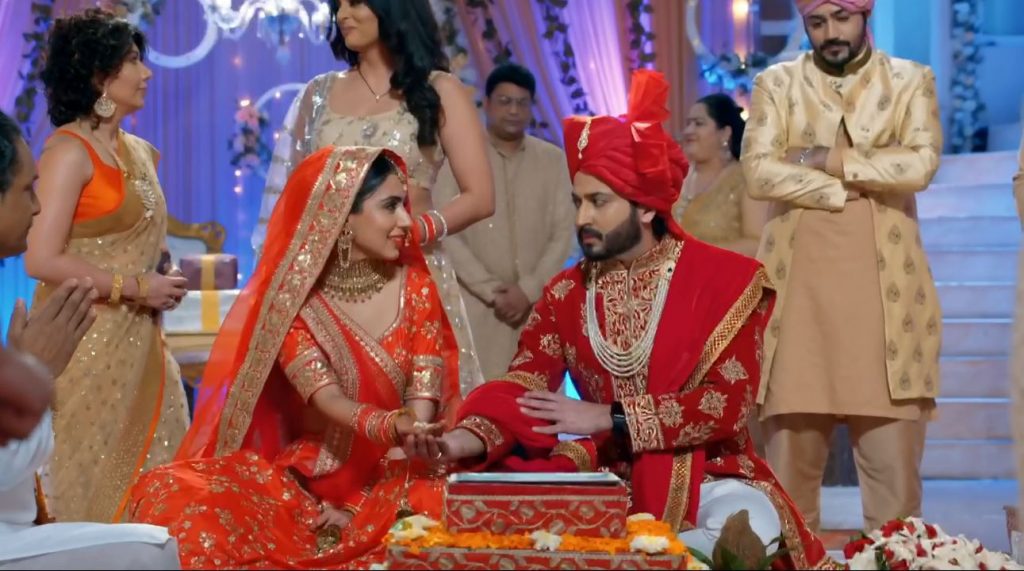