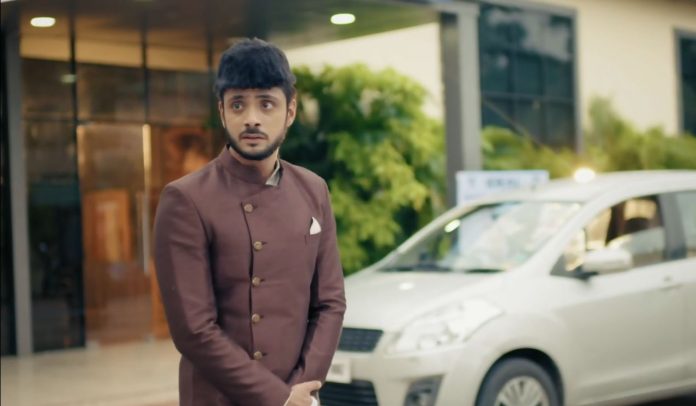 Ishq SubhanAllah Kabir to find Zara 4th August 2020 Kabir is much shocked to see Zara alive. He believes that Nargis is Zara. She disappears after seeing him. He looks for her and doesn’t find her. He tells Imran that Nargis is Zara. He decides to find her. Imran tells him that Zara can’t come back, they shall go home and think well before searching for her. Kabir thinks just Shahbaz can tell him the truth about Zara. He meets Shahbaz, who is suffering from paralysis.

Kabir asks him to just tell the truth if Zara got saved after he tried to kill her. He asks Shahbaz to answer him, if Zara died or got saved. Shahbaz recalls his crime of shooting down Zara. Kabir begs him to try and tell him the truth. His brother explains him not to pressurize Shahbaz, else he can slip in coma. Kabir doesn’t get his answers. He tells Shahbaz that he will find out from Ruksar if Zara is alive. He meets Ruksar, who reveals about her pregnancy.

Ruksar tells him that she is expecting a child, they both should prepare to take care of the baby. She wants Kabir to pray for her baby. He asks her about Zara. She gets shell shocked when he asks if Zara is alive. She asks him why is he asking about Zara after so many years. She tells that Zara left from his life, she will never return. She tells that Zara is dead. Kabir gets angry on her. He tells that he just wants his answers.

She asks the reason for getting this topic out. He tells that he has seen Zara alive today. Ruksar gets a huge shock. Kabir tells Ruksar that she always lied to him, he doesn’t want to believe her. Ruksar swears on her baby and tells him that Zara is dead. Kabir doesn’t believe her. Zara gets to read about Kabir’s thinking about music. She feels he has a small mindset, music can end the darkness in someone’s life, music is also used to worship Lord.

She feels Kabir doesn’t want to see the positive aspects of the music. Zara gets to know more about him. Kabir cherishes their memories by reading her diary. He feels her Zara has come back. He reads Zara’s written shayari and values it. He imagines Zara coming back to him. He gets happy with the thought. He feels his life’s loneliness will fill up. He shares a moment with her in his imagination. He wants to hug her.

Zara also fills the emptiness in her life. Kabir is ready to fight any storm to get her. He tells that her poetry is the thing that brings some hope in his life. Zara takes a decision for her life. She decides to go to Lucknow. Nargis meets the hospital incharge and asks him why didn’t he stop Kabir from insulting the music. The man tells her that he didn’t hear anything bad about Kabir Ahmed.

Ruksar tells Zeenat that she is too scared. Zeenat asks the reason. Ruksar tells her that Kabir has seen Zara, but Zara had died. She feels that Kabir will throw her out of his life if he gets Zara. Zara aka Nargis gets to see Kabir reaching the same place. She hides her face from him.

Reviewed Rating for this particular episode Ishq SubhanAllah Kabir to find Zara 4th August 2020: 5/5
This rating is solely based on the opinion of the writer. You may post your take on the show in the comment section below.