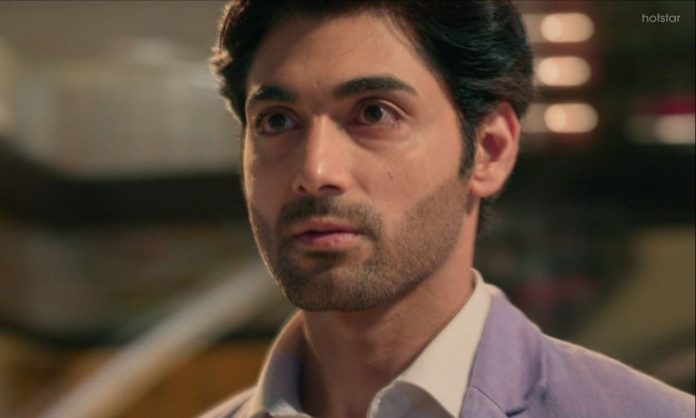 Rishtey Pyaar Varun fledged evil 4th August Twists Varun plays a drama of leaving the house, claiming that he had turned Mishti upset once again through his funny jokes. Varun tells Nidhi that he doesn’t want any problem in their house. Nidhi and Ketki want him to stay back. They ask Mishti to realize the harm caused by her drama. Ketki also gets upset with Mishti. Nidhi feels Mishti is fine and is just acting to spoil Ketki’s functions. Mishti worries on knowing that Varun is leaving.

Ketki asks her to stay away. Mishti rushes to Abir. They stop Varun from leaving. Varun tells them that he doesn’t want to trouble them further. Mishti requests him to stay back. She promises to play fun games and keep him entertained. Varun accepts her request. Meenakshi tries hard to get the truth out of Mishti. She likes Mishti’s efforts in keeping the family happy. She knows that Mishti is responsible for taking Abir away from them.

She engages Mishti in the talk and fools her to know the truth. She wants to know how does Mishti know Karan. She suspects that Mishti is involved in Karan’s accident. To get more certain, she questions Mishti about that night when she was left alone at the resort. She asks if Abir came back to take her. Mishti begins to shiver in tension. She doesn’t want to recall that night and Karan’s death. She restrains herself from answering Meenakshi, who continues her investigation. Abir reaches in time and saves Mishti from Meenakshi’s doubts.

He tells Meenakshi that he met Mishti at the resort and convinced her romantically. He thinks Meenakshi won’t ask anything to Mishti again. Varun expresses how much he misses Karan. He tells Kuhu that he just wants his brother back, but knows that his wish can’t turn true. Mishti surprises Varun with the cup cakes. She tells him that they shall play some game. Kuhu decides to play truth and dare. Varun thinks to instigate Mishti’s guilt and make her confess the crime of murdering Karan. Abir and Mishti play together. Abir doesn’t want Mishti to panic. The game proceeds and everyone add some fun element in it.

When Mishti gets questioned by Varun about her health, she feels upset. Varun constantly speaks of Karan and makes her tensed. Mishti fails to take it anymore. She runs away once again, causing Abir to worry for her. Varun realizes that he was so close to get her confession recorded. Varun knows that Mishti killed Varun, and wants her to confess it so that she gets jailed. He wants justice for Karan. He begins the game and is confident that he will win over Abir and Mishti’s love. Abir tries hard to pacify Mishti with his love. Varun prepares to strike them.

Reviewed Rating for this particular episode Rishtey Pyaar Varun fledged evil 4th August Twists: 4/5
This rating is solely based on the opinion of the writer. You may post your take on the show in the comment section below.