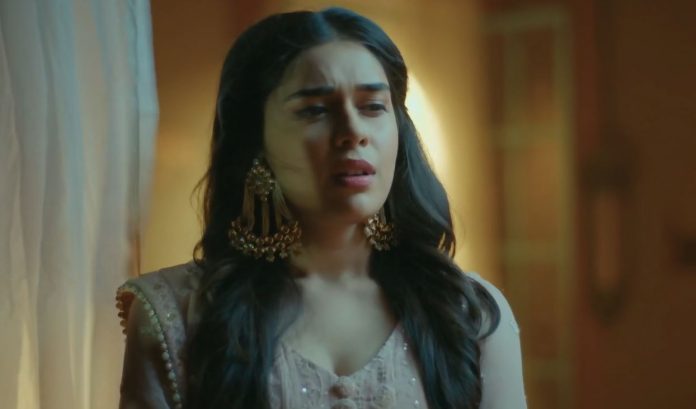 Ishq SubhanAllah Zara reveals the past 5th August 2020 Zara hides from Kabir and Imran. Kabir learns that Nargis just left. The hospital manager asks him to wait until the director comes. Kabir gets busy when he meets the director. He asks the manager for Nargis’ number. The manager tells that he has Nargis’ number. He thanks him. He realizes that Zara is running away from him. Zara and the lady who saved her life reach the Dargah. They meet the Maulvi. The lady asks Zara to go ahead and pray. Kabir tries to get Nargis’ address.

He gets help and tries to locate the phone. He knows that she is his Zara. Zara lies to the Maulvi with her fake name. The Maulvi realizes her lie and asks her to say the truth. Zara gets helpless and tells her real name, Zara. She recalls how she was saved after the deadly attempt by Shahbaz. Ruksar plans to hire someone to get Zara killed. Zara wishes that she never returns to her old life and family. She wants peace in her life. She makes prayers.

Kabir tells Irfan that Zara is back, she has a new identity Nargis. He tells that he will get Zara back to his house. He gives him many hopes. Irfan asks Kabir not to give him a big hope. Kabir tells him that its not just a hope, but a sure news that Zara is alive. Zara asks the lady not to tell anyone about her real identity. She doesn’t want to return to her world. The lady tells her that she is safe and doesn’t need to worry. Kabir prepares Zara’s room. He asks Irfan to get ready to welcome his daughter. Irfan hugs him.

He tells Kabir that he will be much grateful if Zara comes back. He asks why is Zara running away from them. Kabir also wants his answers. The lady reveals that she had gone to the Dargah to pray for her daughter, when she found Zara lying in the river. She feels she has got her daughter back. Zara tells her that she is running away from Kabir and family for a reason. She doesn’t want them to find her. She tells that even if Kabir found her, she has decided to not return to him. Ruksar makes fun of Shahbaz.

She reveals that she has attacked him when he wanted to do good for Kabir. She reminds him that she has ruined his life. She tortures him. Zara cures the girl by her music. She also makes prayers. She gets glad to see the girl responding to the treatment. She feels its a big success for her. Kabir takes Ruksar to the hospital. Ruksar asks him to stop thinking much. Kabir wants to know about Zara. He is lost in her thoughts. He gets happy knowing he got the address. He thanks his friend. Kabir helps a kid on the way.

Ruksar wants to reach Zara first and kill her. Kabir doesn’t think anyone can separate Zara and him. Ruksar meets the doctor. The doctor tells that her baby is fine. Ruksar tells that Kabir takes good care of her always. She expects him to always be with her. A goon dressed in the burqa meets Ruksar. She asks him to find Zara’s lookalike and kill her. Kabir doesn’t doubt on Ruksar.

Reviewed Rating for this particular episode Ishq SubhanAllah Zara reveals the past 5th August 2020: 5/5
This rating is solely based on the opinion of the writer. You may post your take on the show in the comment section below.