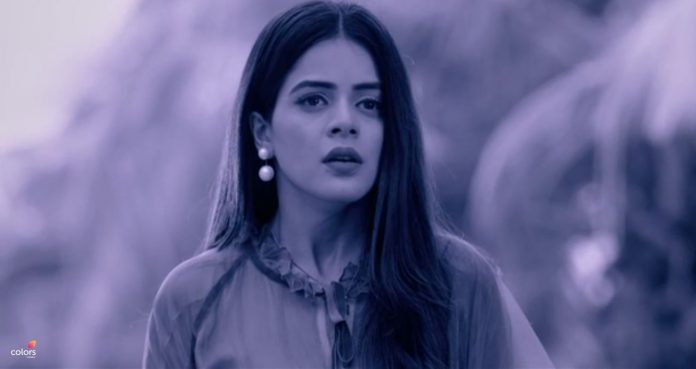 Shakti Colors Heer receives a shock 6th August 2020 Preeto sheds tears that she has to sacrifice Soham’s future to protect Heer from the truth. Harak tells her that Soham will be soon back home, Heer has to be protected first, Heer should be fine. He promises that he will look after Soham. He doesn’t want her to cry. Preeto wants to tell Heer that Soham left the house. Gurvinder gets tortured on the name of rituals.

The saint tells her that she has to undergo the rituals to end the barrenness of her life. Gurvinder is forced to keep silence since she has to keep her promise to Daljeet. The saint asks her to put her hand in the hot water. She refuses to it. She asks Daljeet to take a stand for her, since he knows that she isn’t wrong. Parmeet tells that Gurvinder is at fault and she has to undergo the rituals.

Daljeet doesn’t help Gurvinder, who pleads him to protect her from such blind beliefs. Daljeet asks her to bear the pain, if they become parents, then they will be happy forever. He forces Gurvinder and immerses her hand in the hot water. Gurvinder gets heartbroken. Heer recalls Virat’s indifference. She wants to know why did he change so much. She gets to see Gurvinder on the way to temple.

She finds Gurvinder in pain. She finds her hand burnt. She asks Gurvinder how did it happen. Gurvinder tells her about the fraud saint, who misled the family and forced her to do the rituals. Heer asks her how did her family believe in superstitions. She takes care of her burn wounds. Virat and Jharna come across Heer and Gurvinder. Jharna asks Heer why is she after Virat’s family. Heer scolds her for commanding over her. Virat asks her what is she doing. Heer asks him to see Gurvinder’s burnt hands.

He asks Gurvinder about the wounds. Heer tells him that his family has done this with Gurvinder. She feels that he doesn’t realize anyone’s pain. He feels bad for Gurvinder. Jharna asks Heer why is she interfering in Virat’s family matters. Gurvinder tells Virat that Heer was helping her, even after Virat cheated her. Virat wants to go home and find out the matter. Heer assists Gurvinder in the puja. Heer wishes Gurvinder’s pain to end. She prays that Gurvinder gets a child soon. Gurvinder wishes that Heer’s prayers get answered. She also prays for Heer. Heer tells that she doesn’t want to get married.

Gurvinder prays that Heer gets married and also gets a child. Heer returns home and finds the family sinking in sorrow. Preeto reveals that Soham left the house in anger over an argument. Heer asks how can Soham go without meeting her. She wants Rohan to help her. Rohan tells her that Soham didn’t listen to them, he was much angry and left the city. Harak tells that Soham misbehaved a lot, if she worries for him, even then its useless, Soham will not come back. She asks the reason for the argument.

Preeto stops Shanno from telling anything to Heer. She tells that Soham argued that they don’t care for her happiness and didn’t let her marry to Virat. She asks Heer not to worry for Soham. Heer doesn’t want to leave Soham alone. Preeto asks Rohan to get Heer back when she gets tired of finding Soham. Heer gets Soham’s Id card. She looks for Soham and determines to take him home.

Reviewed Rating for this particular episode Shakti Colors Heer receives a shock 6th August 2020: 4/5
This rating is solely based on the opinion of the writer. You may post your take on the show in the comment section below.