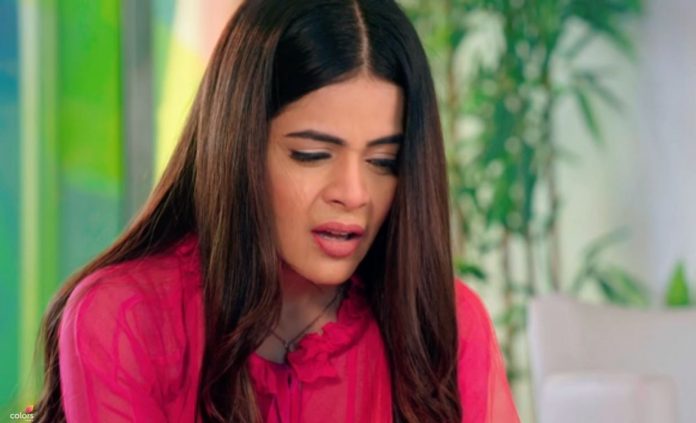 Shakti Heartbreaking twists 5th August 2020 Preview Virat discriminates Heer once again. He feels cheated by her. He thinks she should have left the society and joined the kinners community after her birth. He doesn’t want to fall for her again. Soham packs the bags. Shanno and Rohan ask him to calm down and think about Heer. Shanno reminds him that Heer has tied him the Rakhi and he has to stay with her to protect her. Soham tells her that he will leave the house, if he can’t take a stand for his sister’s happiness and future.

Preeto tells Raavi that Soham hates kinners a lot, its better if he leaves the house. She asks the family not to stop Soham. Harak and Preeto decide to send away Soham. Soham tells them that he won’t tolerate their domination, he will leave the house. Harak tells Soham that he will not meet Heer ever if he is really a man. He separates Soham from Heer. Soham thinks that they have proved that he isn’t their blood. He agrees to get away from the family for once and all.

Rohan wants him to stop. He asks Harak and Preeto to forgive Soham. Harak tells Rohan that Soham should go and live in peace, even Heer will be in peace now. He sends money for Soham and asks Rohan to hide that he is helping him. Preeto cries that she broke the promise to Soumya, she failed to take care of Soham. Preeto didn’t wish Soham to leave them. Soham is heartbroken. Harak tells Preeto that they will tell the truth to Soham and Heer and get Soham back when right time comes. He consoles Preeto.

He promises that he will take care of Soham. He will never let any sorrow touch Soham. Preeto suspects Shanno for making Soham against them to ruin their lives. Shanno asks Preeto not to dominate. She feels she doesn’t need to control everyone. A saint comes home to bless Gurvinder so that she gives a heir to the family soon. Sant and Parmeet get happy. Gurvinder and Daljeet get worried that their secret may come out. The saint tells Gurvinder that she has to bear pain and undergo the tough rituals to get rid of her weakness. Gurvinder recalls Daljeet threatening her about the divorce.

Parmeet tells that Gurvinder will do anything. Gurvinder gets scared hearing the torturing process. Virat stays busy in the NGO work. He tells the students that he has made a team with Heer. He taunts Heer for having incomplete skills and talent. Virat worries for her when she gets hurt by the needle. When questioned about his worry, he insults Heer. He degrades her and thinks she is useless. The students support Heer on seeing his bitterness towards a girl. Virat gets angry on Heer and imagines a kinner in her. He pushes her away in rage. Heer feels that his love has changed into hatred. She questions him to know the reason for his hatred. He gets helpless to conceal the truth.

Reviewed Rating for this particular episode Shakti Heartbreaking twists 5th August 2020 Preview: 3/5
This rating is solely based on the opinion of the writer. You may post your take on the show in the comment section below.