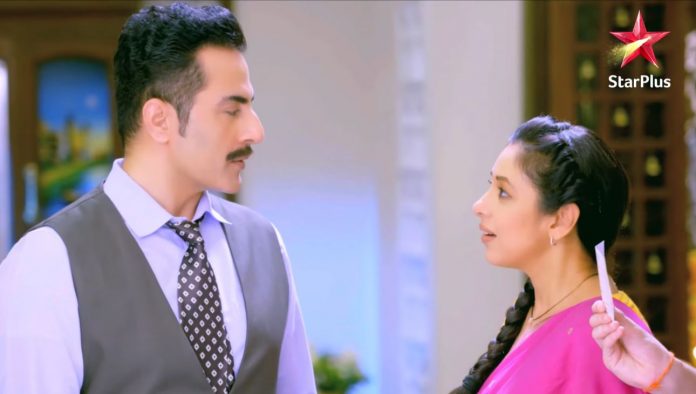 Anupama StarPlus Vanraj Anupama clash 7th August Anupama makes delicious food for the family. Everyone sits to have the lunch together. Vanraj doesn’t like Samar being busy with his friend. He wants Samar to join the family. Baa always mocks Anupama’s family. Anupama feels sorry that Baa always makes fun of her family’s financial status. Nihaal tells that he will click pictures by his camera.

Baa asks Bhavesh if he has no money to gibe shagun to Anupama. Nihaal tells that he got the camera as a gift. He doesn’t name Anupama. A stranger comes home and shouts Anupama’s name. Vanraj can’t tolerate it. He goes to ask the stranger who is he and why did he come to ask for Anupama. The stranger Ramnik asks Vanraj for Samar. He tells that Samar had given the cheque for EMI, but the cheque bounced, Samar had bought a camera on EMI, he cheated him. He complains about Samar. Vanraj shouts on Samar.

Samar and Anupama try to cover up for each other. They don’t want Vanraj to get angry. Vanraj slaps Samar in anger. He learns that Anupama had gifted the camera to Nihaal secretly and didn’t let him know it. He feels disgraced by her act. He pays Ramnik for the camera. He lectures Anupama and Samar. Baa gets upset as well. Vanraj goes to meet Kavya. He is much upset. Baa also lectures Anupama. She tells that Bhavesh should have not taken the gift. She asks Anupama can she pay for the loss in the family relations. She wants Anupama to get the money in a day’s time. Anupama gets worried. She tries to arrange the money.

Anupama knows that Bhavesh has no money and can’t pay Baa in time. She feels sorry for her son, who got slapped by Vanraj. Vanraj meets Kavya and learns that Anirudh is coming to stay. Kavya makes him see the reality. She gives him a dose of insecurity. He tells that she shouldn’t share the roof with Anirudh, she should live in some hotel if Anirudh stays in the house. She reminds that Anirudh owns the house. She tells that she will stay in Vanraj’s house. She puts Vanraj in a fix. Vanraj fails to take her home. Kavya thinks to grow Vanraj insecure by using Anirudh’s presence.

Reviewed Rating for this particular episode Anupama StarPlus Vanraj Anupama clash 7th August: 4/5
This rating is solely based on the opinion of the writer. You may post your take on the show in the comment section below. 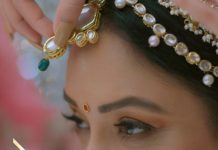 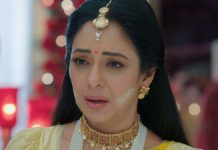