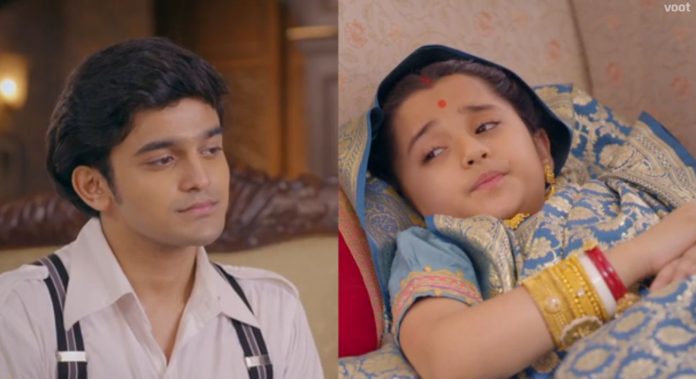 Barister Babu Colors Update Bondita Anirudh 7th August Saudamini manipulates Anirudh on Binoy’s command. She makes Anirudh feel guilty and responsible for Bondita’s ill state. Anirudh can’t hurt anyone, even in dreams. He feels much guilty that Bondita is suffering due to his madness. He wanted to find a cure for her problem. He didn’t know that she will faint down and get health problems further. He believes Saudamini, who makes him see a wrong picture. He tells her that he accepts his defeat, he will not hurt Bondita by his unique solutions from now.

He tells that once Bondita wakes up and is fine to travel, he will drop her to Sumati’s place. Saudamini can’t believe that he will finally send Bondita to her village. She gets overjoyed seeing her plan working well. Anirudh gets burdened by guilt and sheds tears. Bondita gets conscious. Anirudh is informed that Bondita got conscious. Trilochan asks Bondita if she is fine. Anirudh asks Saudamini to get away and let him see Bondita. He asks her if she is feeling okay, if she is hurt or wants some medical help.

Anirudh tells them that Bondita won’t go to Sumati’s house. He tells that Bondita trusts him, she isn’t accepting defeat, then he won’t accept defeat either. He tells Saudamini that he can’t break Bondita’s trust, Bondita is a fighter and will win the challenge. He tells Binoy that the decision can’t be taken until there is still for the challenge to end. He is sure that Bondita will make him win. He gets a new hope. He asks Binoy to trust him like Bondita does, they will win. Binoy asks Anirudh if they will run to save lives.

He asks Trilochan to see what days their Bahu will show them. Anirudh gets positive. He tells them that Bondita can get educated and become a Barrister like him. He tells that he will support Bondita’s education. He gets many big dreams for Bondita. Binoy thinks he is losing is mind. Anirudh tells that people may call Bondita as Barrister Babu as well. Trilochan can’t believe it. Saudamini gets upset when her plan backfires. She didn’t know little Bondita will give a new hope to Anirudh. She gets revengeful against Bondita. How will Anirudh solve Bondita’s problem? Keep reading. Comment your take on the show’s track, do like and share the post as well.

Reviewed Rating for this particular episode Barister Babu Colors Update Bondita Anirudh 7th August: 5/5
This rating is solely based on the opinion of the writer. You may post your take on the show in the comment section below.