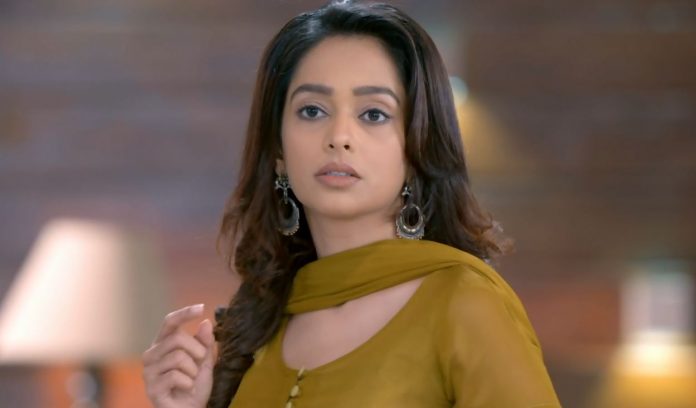 Kumkum Bhagya Upcoming twists 10th August 2020 Ranbir confesses his feelings to Prachi once again, but she ignores it. She asks him to just think of Rahul. Ranbir tells her that its his destiny, whenever he has any problem, he has someone to support him. He thanks her for being his support like a good friend. Ranbir tells her that she is his problem solver. She tells that she will solve his problem. He tells that their friendship bond is strong. She tells that she will not step back, she won’t let him marry Maya. She promises him.

He tells that he wants to fall in love and marry for just once, he wants to be loyal to his lover and keep his relation forever. She gets emotional. He informs Vikram that he is coming to the office. Vikram asks him to reach home instead office. Pallavi doesn’t want to attend a marriage. Dida tells that they have to attend the function. Rhea tells them that they can go there and tolerate for a while. Pallavi tells Rhea that she missed her a lot.

Ranbir and Prachi come home and meet Rhea. Rhea tells Prachi that she is back. Dida asks Rhea why did she leave Ranbir alone in the mess, unlike Prachi who stood by Ranbir and always protected him. Rhea tells that Prachi is Ranbir’s best friend and can do this. She asks why is the marriage happen when they all are putting efforts. She wants to stop Ranbir and Maya’s marriage. Pallavi tells that Prachi faced a lot of problems and still stayed positive, she always supported Ranbir like a true friend. Ranbir tells that Prachi is his good friend.

Rhea finds Ranbir and Prachi into their own world. She gets angry. Prachi tries to tell him something and signs him. Rhea spills the juice over Prachi’s dress. She sends Prachi away. Prachi reaches Ranbir’s room. She finds it messy and cleans it up. Ranbir gets glad to see Prachi arranging her room. She wants her to handle his life, since she has the right on him. He runs away before she sees him. Pallavi asks him why is he running away. Ranbir doesn’t reveal anything to her. Pallavi asks him to get a wife to clean his room.

She is fed up of cleaning his room. Ranbir tells that he found someone to handle everything. Pallavi thinks if he is talking about Prachi. She gets a misunderstanding that he is talking about Rhea. She tells that she will be much happy knowing about his lover. She tells that she knows about the girl, she will ask for the alliance. Ranbir tells that he wants to come out of Maya’s mess and then he will propose the girl first. He asks Pallavi to just wait until he gets the girl’s reply.

He wants the girl to fall in love with him. Pallavi is sure that his charm will win the girl’s heart soon. She finds Rhea overhearing their talk. She tells Rhea that she had seen her and didn’t tell Ranbir. She tells that she knows Rhea’s connection with Ranbir’s matter. She asks if Aaliya knows about her. Rhea gets tensed. Vikram comes home and discusses about work with Prachi. Pallavi asks Rhea if she loves Ranbir. Rhea admits that she loves Ranbir. Pallavi asks Rhea to keep her promise and save Ranbir from the marriage with Maya. She tells that Prachi is Ranbir’s good friend, they can’t be lovers. Rhea feels happy. She thinks to keep Prachi away and take advantage of Pallavi’s misunderstanding. She doesn’t want Ranbir to confess love to Prachi.

Reviewed Rating for this particular episode Kumkum Bhagya Upcoming twists 10th August 2020: 1/5
This rating is solely based on the opinion of the writer. You may post your take on the show in the comment section below.