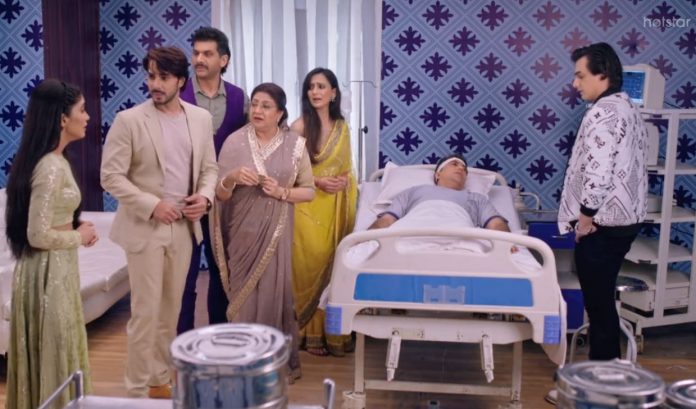 YRKKH Latest Tonight Terrible twists 10th August Naira and Manish take the route which Kartik asked her to avoid. She gets helpless due to the regular route being closed. Manish tells her that he has to head for a meeting, which he can’t afford to miss. They have a long talk on the way. He tells her that he wants her to dance again and resume her career. He doesn’t want her to sacrifice her career along with her academy.

He tells that she should pursue dance again. He doesn’t tell her that he is trying to get her academy back for her sake. He wants to get the academy, which is Akshara’s last sign. He feels bad that Naira had to make the big sacrifice for the sake of Goenka family. Naira tells him that he can have the meeting done on video call, they should go home. He doesn’t listen to her. He insists her to take the alternate route and drive slow if she is feeling scared. She tells that she isn’t scared, but just wants to obey Kartik. She doesn’t want to upset Kartik by going against his word. She tells him that if Kartik knows that they have taken the wrong route, then he will be much upset. Manish tells that none would be knowing about it, they will not tell Kartik.

Naira takes the wrong route and comes across a sweet girl who sells hair clips at the signal. Naira likes her and gets into a talk with her. Her wallet falls down the car by mistake. The girl picks it and thinks to return it to her to get some money. Naira doesn’t know that the girl is following her. Manish and Naira try to reach the meeting place on time. The girl manages to reach the route before Naira by taking short cuts.

She falls before the car after stumbling by a rock. Naira and Manish meet with an accident while trying to save the girl. Naira and Manish get rushed to the hospital. Goenkas are informed about it. They meet Naira at the hospital, who just gets some minor injuries. Naira tells them that Manish received a blow on his head. She worries for Manish’s health. Manish gets treated by the doctors. Goenkas worry for him. Kartik gets too angry on Naira for not listening to him and taking the wrong route. He was planning to celebrate their 10th Teej and had also kept a gift for her.

He didn’t know that a bad phase is going to begin for them. Kartik gets distant from Naira. Goenkas learn about Manish’s condition. Doctor tells them that Manish is fine, but his condition can be clear once the test reports come. He asks them to observe Manish’s behavior, since he had a head injury. Kartik cries for Manish. When Manish gets conscious, Kartik enquires about his health. Manish shocks him by not identifying him. Kartik gets into tension. Manish cracks a joke and asks the family to stay relieved, he is totally fine. Manish looks ahead to celebrate Teej with Suwarna. He suffers from mental imbalance after a while.

Reviewed Rating for this particular episode YRKKH Latest Tonight Terrible twists 10th August: 5/5
This rating is solely based on the opinion of the writer. You may post your take on the show in the comment section below.