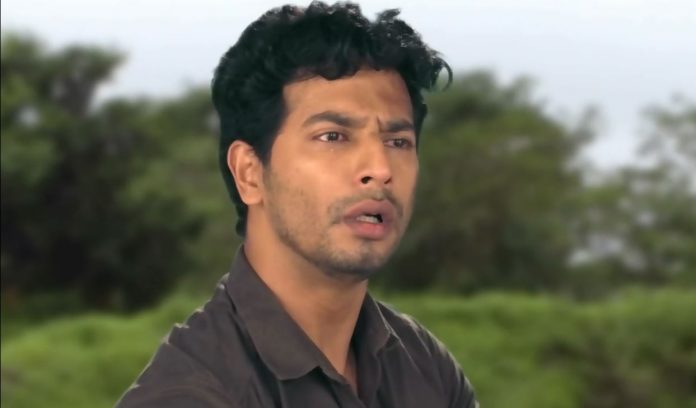 Tujhse Hai Raabta Malhar shoots Kalyani 12th August Malhar wants Kalyani to stop Trilok, who is the only person knowing about Moksh. They get hindered by the snakes. Malhar asks her to go after Trilok. She thinks to save him from the snakes first. She gets the milk to attract the snakes and save Malhar. The snakes leave Malhar free and go to have the milk. Malhar gets glad that her plan worked. Malhar leaves from the place. Trilok had already threatened Kalyani.

He wanted Kalyani to get Divya with her. Kalyani remembers his location. Malhar gets a shocking news about his dad’s accident. He rushes to the police station. Nal asks Aaji to save him from Malhar’s anger. He tells that he didn’t do the accident intentionally. Aaji tells him that she will protect him. Malhar meets them and tells that his dad is fine, Nal has to go to the police station and give a statement. Nal refuses to go there.

Aaji stops Nal from going anywhere. She doesn’t want her heir to escape. Malhar tells that he can’t free Nal without any legal formalities. Nal escapes from the police. Aaji thinks she is saving him from Malhar. Nal comes in front of a truck and gets hit. Malhar rushes him to the police, where he breathes his last. Aaji regrets her actions. Kalyani meets Divya and asks her to meet Trilok so that Moksh stays safe. She wants Divya to save Moksh. She understands the risk. She still wants Divya to meet Trilok.

Malhar meets them and finds Kalyani’s idea wrong. Kalyani tells that Moksh is in danger. Malhar tells that Trilok can harm Divya and Moksh. Kalyani tells him that they have no option than following Trilok’s orders. She asks him to be positive. Aaji cries for Nal. She feels that Malhar has taken revenge on them. She gets angry that Malhar has killed her husband first and now Nal. She doesn’t want to forgive Malhar ever.

Divya assures Malhar that she would take care of herself. She goes with Kalyani to meet Trilok. Trilok finds them coming. He calls Kalyani and instructs her. She begs him to return Moksh to her. He tells that he won’t keep Moksh for long, he will return him. He asks her to send Divya in the car. Kalyani asks him to return Moksh first. He tells that she isn’t in a position to demand. Divya tells that she will go to Trilok. She asks Malhar not to worry. Malhar scolds Kalyani for getting Divya against his wish. He doesn’t want Kalyani to come between his duty. Kalyani asks him not to hinder her plan of getting Moksh.

Malhar and Kalyani fake a fight to show Trilok. He wants Kalyani to attack him, so that Trilok comes out in front of them. Kalyani works out his plan and threatens to hit Malhar with a stone, while Malhar asks Divya to stop. Divya goes to the car and tells them about Moksh. Before Kalyani could reach Moksh, the car blasts. Divya and Moksh die in the blast. Malhar and Kalyani shatter on witness this. Malhar breaks down after the incident.

Kalyani blames Malhar for killing Moksh. She tells that they lost Moksh just because of his plan. Malhar asks her if she has lost her mind to blame him. He consoles her. He asks him to accept his mistake. Malhar asks her to just shut up. He angrily shoots Kalyani. He couldn’t believe his deed and stays shocked to see her getting away from him forever. She falls down the cliff while he watches her demise.

Reviewed Rating for this particular episode Tujhse Hai Raabta Malhar shoots Kalyani 12th August: 1/5
This rating is solely based on the opinion of the writer. You may post your take on the show in the comment section below.