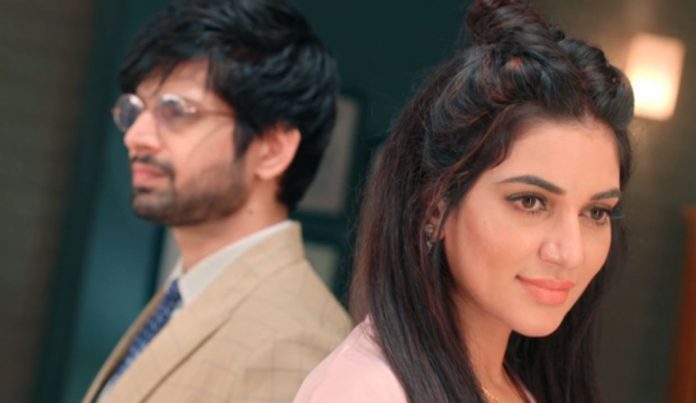 Choti Sardaarni Colors Update Vikram’s plan 14th Aug Aditi gets relieved to see Vikram fine. She tells him that Kulwant has attacked him in the hospital, everyone knows the incident. She asks him not to leave Kulwant free. She wants him to get her punished. Vikram tells her that he has spared Kulwant when Meher called him to request, he connected with her voice, like he knows her. Aditi asks him to tell why he didn’t trap Kulwant, he could have ruined Sarabjeet’s family and career easily.

Vikram is confused about Meher. Vikram tells her that she is desperate to ruin Sarabjeet’s political career and family life. He asks her if she has any personal enmity with Sarabjeet. Meher takes care of Param. She wants to talk to Sarabjeet. She asks Param to prepare for the online test. Harleen tells Meher that she had gone to pray for Sarabjeet’s important meeting. Meher tells that Sarabjeet is busy in work. Aditi tells Vikram that she just wants to see him winning always. Vikram asks her not to stress.

He tells that he also wants to get Sarabjeet punished, if he doesn’t do anything, then there is a big reason behind it. She finds him complicated. He tells that its no use to arrest Kulwant, she would have got freed on medical grounds, he would be blamed to be unfair on her, its better to directly trap Sarabjeet and defeat him. He tells that he has taken a step back to take a big leap. Meher goes to Sarabjeet. He takes a shower and comes out. He doesn’t see Meher.

She finds him worried. He asks her to get his shirt. Meher helps him. She feels shy. Sarabjeet gets into a moment with her, while being busy on the work call. He asks Meher if she has to say something. She waits to talk to him. He requests her to talk after the meeting. She tells that she will come along, she will help him. He asks her to take Karan along so that they get vaccination done. She wants to meet Param before leaving.

He tells her that Param will get adamant to come, they will come back before Param’s online classes end. Vikram informs his dad that he is going to ruin Sarabjeet, he will succeed in his motive. Vikram wants the truth to win. He plans to take Sarabjeet on remand, once his truth is out. Sarabjeet tells Meher that he has all the proofs ready, but he is ahead of CBI officer’s plan. He tells that maybe he won’t be able to return home, CBI may take him on remand. He assures Meher that he will come back for sure.

She gets worried for him. Param cries that Meher didn’t meet him. Harleen tells him that Meher and Sarabjeet aren’t loving him like before, he isn’t valued after Karan came into their lives. Harleen asks him to tell Karan that she loves him a lot. Param cries a lot. Param feels no one loves her. She asks him not to hate Karan. Sarabjeet and Meher come for the meeting with Vikram. Meher gets Param’s call.

Reviewed Rating for this particular episode Choti Sardaarni Colors Update Vikram’s plan 14th August 2020: 1/5
This rating is solely based on the opinion of the writer. You may post your take on the show in the comment section below.