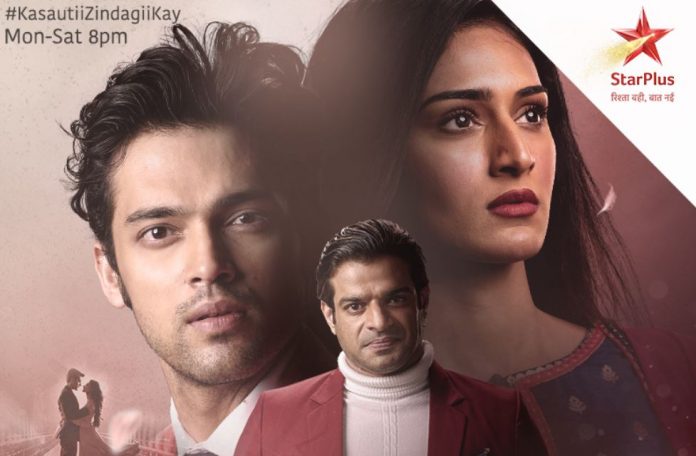 Kasauti Spoiler Alert Anurag reveals the truth 18th August Anurag and Prerna’s old connection will be seen once again. They have the similar kind of unspoken romance. Anurag longs for her. Komolika realizes his feelings for Prerna and is angered. She doesn’t oppose him, knowing he is a helpless soul. She wants him to just suffer with the pain of losing his love. Anurag has no idea that his daughter he is looking for, Sneha, she is no more. He thinks Prerna has raised Sneha single-handedly.

Moloy and Veena have a confrontation where she reveals to him about Anurag’s biggest cheat to Prerna. She tells that Anurag had backstabbed Prerna’s trust by pushing her down the Howrah bridge on the day of their marriage, he has done this for the sake of Mr. Bajaj’s property. She tells him that Anurag married Komolika by ditching Prerna. Moloy can’t believe the shocking truth. He enquires about Sneha.

Veena reveals the shocker that Prerna had lost her baby in the fire incident at the orphanage, where Anurag and Komolika left the baby. Moloy rages knowing Anurag’s crimes. He goes to ask Anurag about his big deceive. He confronts Anurag for leaving Prerna and Sneha to die.

Anurag didn’t know that his dad will misunderstand him. He clears Moloy’s misunderstanding by revealing his plan to protect Prerna from going to jail. He tells about Komolika threatening to send Prerna to jail for the murder charge of Viraj Bharadwaj.

He reveals how helpless he was when he had to choose between Prerna’s future and happiness, he chose her good future by ruining her happiness. He is glad that she is safe, strong and successful, being away from his life. Anurag reveals his sacrifices made for Prerna’s safety. Moloy shares his sorrow on learning the truth. Anurag tells him that Prerna should never learn the truth. How will Anurag react to the news of losing Sneha? Keep reading.