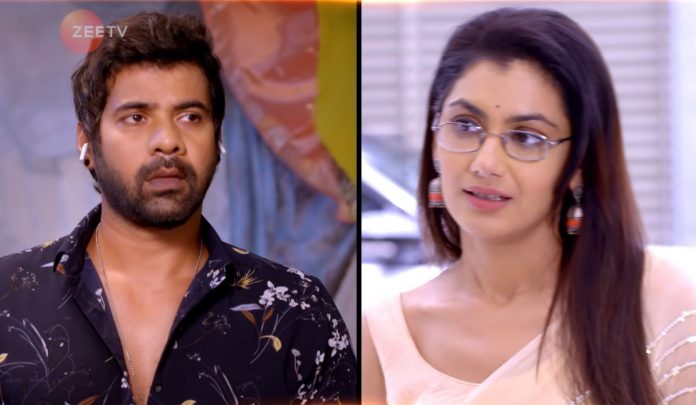 Kumkum Bhagya Latest News Abhi awaits Pragya 18th Aug Abhi spends time with Sarita. He likes the tea prepared by her. She tells him that she will make amazing tea for him. She asks him about Vikram’s take on the robbery. She tells that Prachi and Pragya tried hard to stop the robbers, but they couldn’t do anything when the robber pointed knife at Prachi’s neck. He asks her not to think too much about it. Sarita tells that she wanted to fix his alliance with Prachi’s mom, but it can’t happen, Prachi’s mom still loves her husband.

Abhi tells that he will also reject her, since he loves his wife a lot. She tells that they can go and check the picture of Pragya’s husband. She informs Pragya that Abhi has come home. She asks Pragya to come soon and meet him. She tells Abhi that they can’t steal the picture today. Ranbir meets Prachi and consoles her. He tells that he will always be with her. He apologizes to her on his family’s behalf for misunderstanding and insulting her.

He didn’t wish her to face the bad times. She knows just the positive thing that he took a stand for her. Ranbir tells her that he will never lose trust on her. He asks her not to cry. She apologizes to him. They have a moment which get witnessed by Rhea. Rhea gets angered. Aaliya tries to clear the evidence against Prachi. She wants the family to lose faith on Prachi. She feels that nobody loves her. She thinks she has lost Abhi and Ranbir, all because of Prachi.

She hurts herself in anger. Pragya meets her after a long time. Rhea gets emotional on meeting her. She doesn’t want Pragya to leave her alone. Pragya comforts her. Aaliya gets Sanju’s call. She gets bored of his nonsense talks. She asks him to return the money which he had stolen. He argues with her. She smartly talks to him. He tells that he will soon get the money. She feels she is safe. She doesn’t want to depend on Sanju alone.

Rhea tells Pragya that she won’t go in and stay with her. Pragya agrees to her. She tells Rhea that mother never leaves a child, she always stays together as a blessing. Rhea asks Pragya if she also misses her. Abhi tells Sarita that he will surprise Prachi’s mom by going out, else she may leave from there. Pragya tells Rhea that she thinks about her, she cares for her, she loves her. Rhea likes her a lot.

She tells that she doesn’t like Prachi, she feels jealous of her for having such a good mum. Pragya tells that she doesn’t think negative, jealousy is between sisters also. She asks Rhea about her date of birth. She cares for Rhea like a mother. Sarita tells Abhi that Rhea is with Prachi’s mom behind the car. Abhi wants to shock them. Sarita tells that they should listen to their conversation first. Abhi laughs on her plans. Rhea cries seeing Pragya’s love.

She asks Pragya to spend good time with her. Pragya doesn’t refuse to her. Ranbir and Pragya don’t find Abhi and Sarita at home. Rhea takes Pragya on a long drive. Abhi misses to see them. He tells Sarita that fate always plays a game, he never comes face to face with Prachi’s mom. Sarita tells that Prachi’s mom praises him so much. She asks him to come home and wait for her. Abhi likes Rhea and Prachi’s mom tuning. Pragya asks Rhea why is she upset. Rhea tells that Abhi doesn’t love her and makes her feel it often.

Pragya tells that Abhi loves her a lot, parents are such to give love to children. She asks Rhea to trust her dad. She explains Rhea that Abhi is the only one who would unconditionally love her, he has been her dad and mom as well. Rhea thanks her for understanding it so well. Pragya asks her to remove such feelings from her mind.

Reviewed Rating for this particular episode Kumkum Bhagya Latest News Abhi awaits Pragya 18th Aug: 3/5
This rating is solely based on the opinion of the writer. You may post your take on the show in the comment section below.