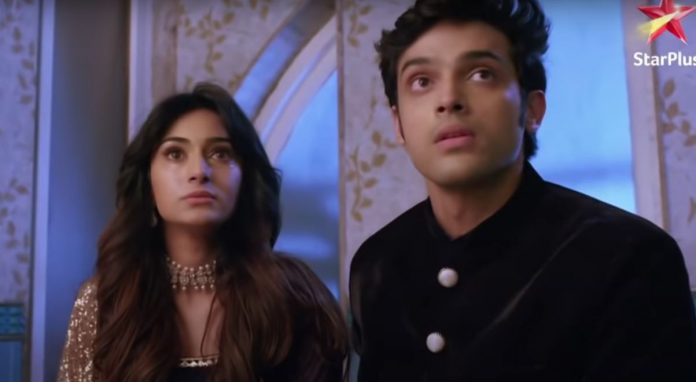 Kasautii Upcoming Promo Anurag Prerna union 20th August 2020 Prerna and Anurag have a bitter argument. He is happy with his bad image in her eyes. He wants her to hate him more. Prerna tells him that she will ruin him soon. He pretends to doesn’t care for her. Prerna gets distant from him. Veena tells Moloy that Prerna respects him, but he shouldn’t talk of Anurag. She reveals that Anurag had attempted to kill Prerna, she had broken down, she made new relations to gain strength to move on.

She wants Prerna to lead her life well. She asks Moloy not to weaken Prerna. Moloy can’t believe Anurag’s crime. He meets Anurag and confronts him about harming Prerna’s life. He tells that Anurag lied to them that Prerna didn’t commit to their relation and avoided the marriage. He asks if Anurag cheated Prerna in love. He asks Anurag if he married Komolika willingly. Anurag tells him that he did everything for Prerna’s betterment, he still worries for her, he is her well-wisher. Moloy wants to know the reason for his move.

He asks Anurag to reveal the truth if he dares to speak it. Anurag doesn’t want to tell him about Komolika. He tells that he is helpless to hide the truth. He asks Moloy to trust him, he will never do wrong with Prerna. He tells that he can never insult his upbringing and values. Moloy wants to trust him. Anurag and Moloy cry. Komolika finds them crying and wonders what’s happening, if they are hiding something important.

Prerna meets Mr. Bajaj, who tells her that he has come back for something more important than the deal. He doesn’t tell that he is worried for her. She means a world to him. She asks him not to stress himself. Prerna doesn’t know his feelings. He doesn’t want to leave her alone. Anurag and Prerna have a common connection with Samidha. They find Sneha in her. Samidha shares a good bond with them. Anurag blesses Samidha that she soon meets her parents.

Prerna learns the truth behind Anurag’s move to threaten her life. She cries knowing Komolika had threatened him and forced him to harm her. She realizes that he had sacrificed his happiness and life to secure her future. She sheds tears. Anurag gets to see her crying. He secretly talks to her. He doesn’t want Komolika to see them, but Komolika spies on him. He hugs Prerna and consoles her. She asks him why did he snatch everything from him. She wants to know why didn’t he think of Sneha once. Anurag tells her that she will not cry further. Komolika happens to see them together. Hatred had kept Prerna away from Anurag. With the hatred subsiding, will the fate bring Anurag and Prerna together? Check out the latest promo.