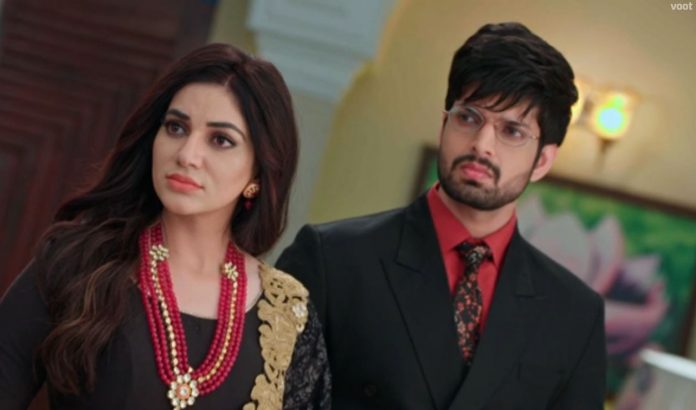 Choti Sardarni Vikram replays Manav’s murder 21st Aug Sarabjeet and Meher make nurse Lalita a part of their family, just like Aditi. They take good care of Lalita. Lalita gets emotional. Meher tells Param that they are going for dinner at Aditi’s place, and they aren’t taking Karan along. Sarabjeet asks Param to sleep early, they will get late while they return. Param wants to go with them. Meher asks Param to get ready.

She finds a way to explain Param. Param stays back at home to play games. Param tells her that he will play game at home. Meher asks him to promise that he will sleep on time. Param promises and bids them a farewell. Meher tells Sarabjeet that she is good in explaining children. Sarabjeet calls her great. They reach Aditi’s house and get a warm welcome. Aditi expresses her happiness to see them. Meher likes her house. Sarabjeet asks about Vikram. Aditi tells them that Vikram is preparing the dinner for them. She asks Vikram to meet them.

Sarabjeet goes to attend an important call. Meher gets surprised on finding paintings which resembles Manav and her love story. She gets a huge shock when she comes face to face with Vikram. She calls him Manav and turns emotional. She recalls her lover Manav and their moments. She sheds tears remembering the moment when she lost him. Vikram falls in front of her stabbed in his back, just like Manav was stabbed. Meher breaks down and feels like losing him again.

Meher screams in the terrified state when she finds Vikram fallen in front of her eyes. Sarabjeet hears her scream and rushes to see. He finds Vikram stabbed in the back. He shouts to call Aditi. They get a huge shock on seeing Vikram. Vikram gets up and laughs, saying its all a prank on them. It gets unbelievable for Meher. Aditi asks Vikram what was he doing. Vikram apologizes to them. Meher learns that he is Vikram Diwan. Vikram tells them that he had a bet with Aditi. Sarabjeet feels Meher is terrified. Aditi recalls Vikram’s plan.

Vikram had planned to act stabbed and fall in front of Meher. He wants to know if Manav was stabbed in his back. He wanted to see Meher’s reaction on finding him stabbed. Aditi tells Vikram that Meher is so scared. Meher recalls the way Manav was murdered in front of her eyes. Sarabjeet feels Vikram’s act was sick and disgusting. Aditi tells Sarabjeet that their hospital organizes a drama for getting donations, Vikram was enacting a scene from the play. Vikram apologizes to Sarabjeet.

Lalita tells that she will go to her room once Karan finishes the milk. Aditi feels Meher was too shaken. Vikram is sure that Meher and Kulwant are hiding a big secret. Aditi tells that Sarabjeet and Meher are too upset. She feels he did wrong with them. Vikram tells that they have to act wrong many times to get victory in the game. He asks Aditi not to let the couple leave. He wants to know what Sarabjeet loses. He makes a plan to know their truth. Aditi doesn’t want them to go home until Param takes the drugs. Param gets the inhaler and takes it to Karan. He makes Lalita leave. Sarabjeet tells that they shall take a leave. Vikram and Aditi want to stop them some how to work out their evil plans.

Reviewed Rating for this particular episode Choti Sardarni Vikram replays Manav’s murder 21st August 2020: 2/5
This rating is solely based on the opinion of the writer. You may post your take on the show in the comment section below.