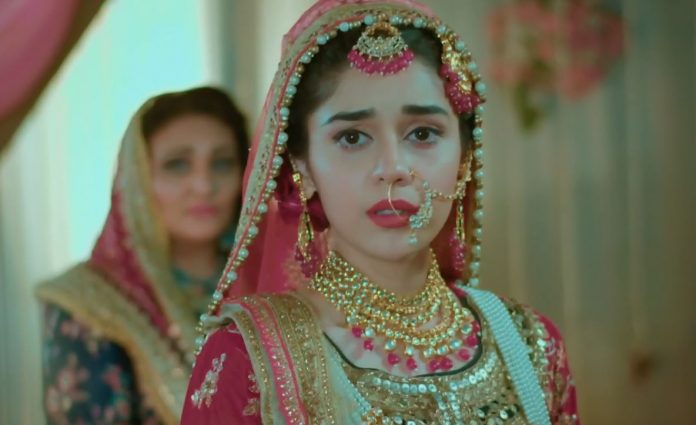 Ishq SubhanAllah Zara Kabir wedding halts 21st Aug Irfan suggests Zara to remarry Kabir. Zara agrees to marry Kabir. Kabir is thankful to Imran for making him meet Zara. He prepares for his wedding. Imran asks him to talk to Zara before the wedding. He tells that Zara believes in musical healing and would not quit her. Kabir tells him that Zara will get away from Ustani and forget the musical healing thing soon after the marriage.

He is sure that his love will change Zara and make her away from the music world. He tells that he won’t permit Zara for music. He wants to get her back to their religion. He prays that Zara observes their religion like before. He wishes that Zara never gets away from him. Irfan and Salma know Kabir loves Zara. They take Zara’s proposal for him as a formality. Kabeer tells that he will always accept it. Irfan tells that Zara’s perception is still different.

Kabir tells that their perceptions were different before as well, but their love will always solve the problems. Salma blesses him. Irfan asks him to talk about the problems before the marriage. Kabir promises that no problem will ruin their relation. They decide the marriage time. Kabir hugs them. Zara gets decked up to marry Kabir. Salma blesses her and gets emotional. Zara gets glad on meeting Ustani. Ustani tells her that she is also happy for her.

Salma wants to keep Ustani away. Ustani blesses Zara towards her new life. She can’t believe that everything got fine so soon. Kabir and Zara meet for their Nikaah. He gets mesmerized seeing her. He didn’t expect to see this day ever in his life. He wishes that nothing goes wrong now. Kamran and Imran become the witness for the marriage from Kabir’s side. Irfan becomes the Qazi for the marriage. He asks Kabir to fix the Mehr amount.

Kabir is ready to give anything to Zara. He tells her that his everything belongs to Zara, he will agree to whatever Zara asks for. Zara tells that she would not ask for money, she wants something that can help people. She asks him to permit her to open a musical healing clinic. Kabir is shocked to know her Mehr request. She tells that she wants to give hope and joy to people by the musical healing. She is happy that she got a right to ask her husband to fulfill her wish. Kabir is against music.

She asks him to agree for Mehr before listening to her consent. Kabir tells her that Mehr is for women’s safety, she can’t use it as a shield for Ustani. He doesn’t want Zara to get rigid for Ustani’s sake. He tells that he won’t permit her to do something devilish, he doesn’t like music which their religion doesn’t permit. Zara tells him that she loves him a lot, he is her pride and respect, she wants to ask his permission so that she stays independent. She tells that Irfan told her about Kabir ready to marry her under any circumstances. She asks for people’s well-being in her Mehr. Kabir finds it tough to agree. What will be Kabir’s decision? Keep reading.

Reviewed Rating for this particular episode Ishq SubhanAllah Zara Kabir wedding halts 21st Aug 3/5
This rating is solely based on the opinion of the writer. You may post your take on the show in the comment section below.