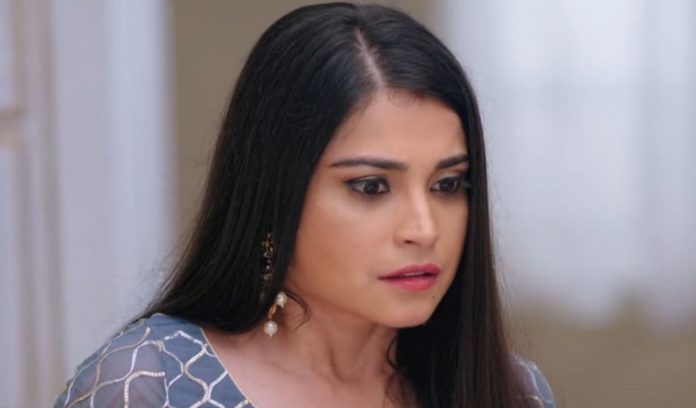 YRKKH Kirti suspicious act Mystery entry 20th August 2020 Kartik questions Naira about Chori. Naira doesn’t want Kartik to know that she had to turn the car steering when Chori came in front and that lead to the accident. She thinks the family will not spare Chori knowing she is the reason for Manish’s accident and ill state. She wants Chori to leave. Chori gets inside the house with much confidence, like she holds right on Goenkas. She gets comfortable herself before anyone could welcome her. Dadi doesn’t like her carefree attitude.

She asks Chori her introduction. Chori tells them that she is Naira’s friend, they met few days back and since then stayed connected. Naira tries to take her aside. Chori interacts with the family. Kartik has no objection with Chori visiting Naira. He just wants to keep Manish away from strangers. He feels Manish will react in anger. Chori tells them that she has come to not leave so soon. She angers Dadi further by putting up a big drama to get their sympathy.

Dadi and Naira realize that Chori is just being dramatic. She doesn’t want to go back to stay on the roads. Chori wishes that Goenkas pity her and give her a corner to stay. She tries to please Dadi, but fails. She prays that Goenkas are also kind like Naira. Naira limits her drama. She knows such tactics well. Kartik and Naira save Chori from getting hurt. Chori doesn’t think Dadi will not let her stay in the house. Dadi asks Naira not to get such people home, just send her out. Naira doesn’t want the girl to bear the blames for Manish’s accident.

She takes care of the girl. She asks Chori to just have enough food and leave. She wants to know about Chori’s parents. Chori tells her that she is an orphan, the couple were lying and posed as her parents. Naira wants to protect Chori. She informs the police to arrange a shelter for Chori. She pities Chori and wants the best arrangements. Chori gets happy to see plenty food. She wants to stay with them to get free food every day. Manish sees Chori and doesn’t get scared of her. Naira thinks why did not Manish react on seeing an outsider.

She feels Manish is connecting with the little kid. She lets them play. Chori asks them why is Manish acting mad and kiddish when he is a grown up. The family fails to answer her. Naira doesn’t want Chori to upset anyone more. She commands her to leave. Kartik feels bad that his dad is being called mad. He asks Manish to remember tat he is a rockstar and a superhero. Manish listens to Kartik and makes him happy.

Naira tells Chori that her family will never keep her in the house. Chori expresses her helpless situation and begs Naira to give her a roof. She puts Naira in a dilemma. Later, Manish recollects the past on seeing the photo album. Dadi asks Kartik and Naira to perform dance in a way that Manish recollects the entire past. Kartik and Naira agree with Dadi. They prepare a mind-blowing performance to present in front of Manish and family. Will Goenkas permit Chori to stay with them?

Coming to Kirti and Naksh’s track, Kirti hides a secret from Naksh. Naksh has no idea about her tension. Kirti avoids the call from a mysterious person, who may turn out to be Aditya later. Kirti lies to Naksh. He arranges a meeting at his hotel and wants Kirti to accompany him. Kirti makes an excuse to trick Naksh and avoid the trip. She lies that she is having a headache and can’t go out under the sun. Naksh asks her to take rest at home. She calls the unknown person and fixes their meeting. She doesn’t want Naksh to know anything about her. What is Kirti hiding from Naksh? Did Aditya return in their lives? Keep reading.

Reviewed Rating for this particular episode YRKKH Kirti suspicious act Mystery entry 20th August 2020: 4/5
This rating is solely based on the opinion of the writer. You may post your take on the show in the comment section below. 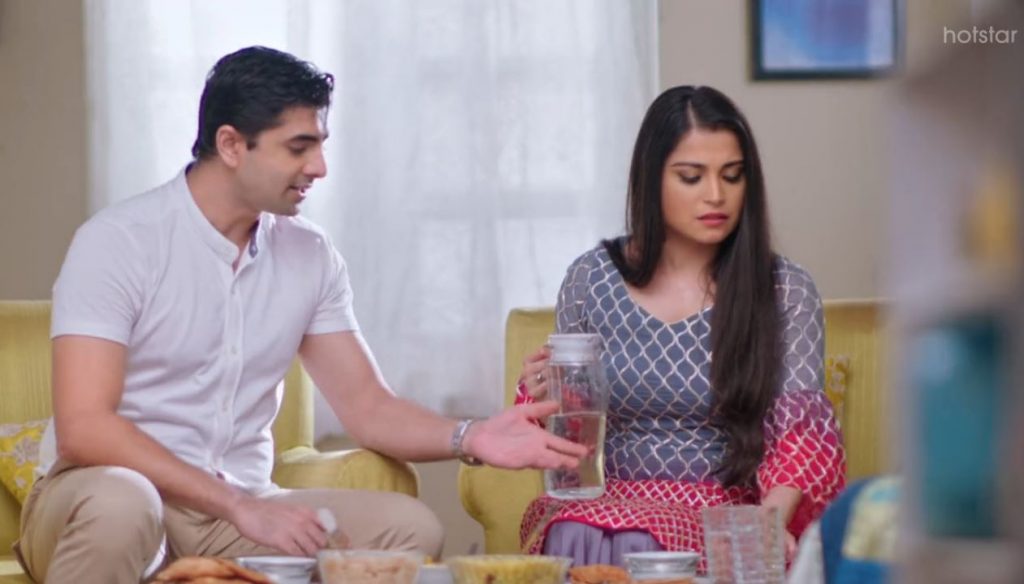