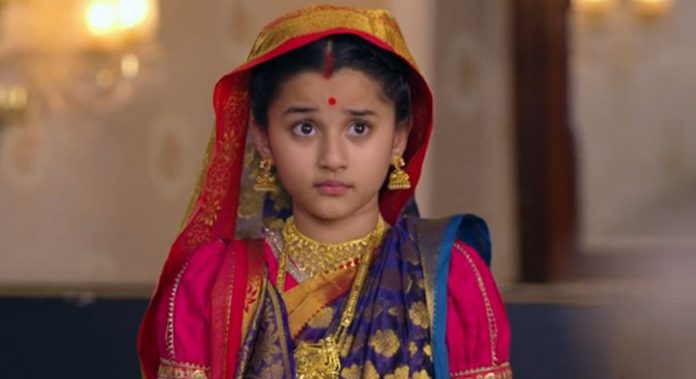 Barrister Babu Tonight Bondita first learning begins Anirudh finds a way to convince Trilochan for educating Bondita. He fails to explain his dad and uncle after a huge argument. He thinks its better to explain them in their way. He sends Bondita to the market to buy some stuff to prepare a chunar for the Goddess. Bondita returns home and shows the stuff she bought by paying the total money to the shopkeeper. Trilochan asks her to return the money. She tells that she paid the money to the shopkeeper by telling him that she doesn’t know to calculate the amount.

Anirudh tells that Bondita has brought loss for them, she doesn’t know how to add or deduct the cost. He exclaims that she can’t become a good homemaker until she at least learns the basic mathematics. He asks Trilochan how can they expect her to qualify in the house duties when she knows nothing. He makes Trilochan realize that Bondita needs to study in order to run the family.

He exclaims that she has to possess the qualities of both Laxmi and Saraswati. Trilochan gets speechless by his statements. He agrees that she needs to study to run the house with smartness. He permits Bondita to study. Anirudh gets happy. He backs up her education. He informs that a tutor will be coming to teach her the fundamentals. Bondita gets stressed out by the housewife tasks and learning. Trilochan asks her to obey him and learn the kitchen basics first. Anirudh doesn’t hinder the home learning process.

Meanwhile, Binoy informs Saudamini about Anirudh’s new success. He tells that Anirudh is getting Bondita pursue education so that she becomes the best. Saudamini doesn’t care. He asks her if she dropped her plan of marrying Anirudh. She tells him that she wants to win Anirudh by her helpless drama, Anirudh will come running to save her. She asks Binoy to wait for her next game. She is sure that Anirudh will forget Bondita and come back to her. Binoy hopes that she keeps her word and succeeds. Trilochan starts Bondita’s first learning by making her know the common spices used in cooking.

He wants her to know the spices so that she can make delicious food for the family. He doesn’t enter the kitchen area saying it doesn’t suit men. Bondita argues to ask why do men have the food first when its prepared by the women. Trilochan has no answers for her thoughtful questions. He asks her to focus on learning. The scene gets hilarious. Bondita talks innocently and impresses Anirudh. Trilochan hopes she becomes a good homemaker and takes charge of the entire house. What will Saudamini do to trap Anirudh? Keep reading.

Reviewed Rating for this particular episode Barrister Babu Tonight Bondita first learning begins: 5/5
This rating is solely based on the opinion of the writer. You may post your take on the show in the comment section below.