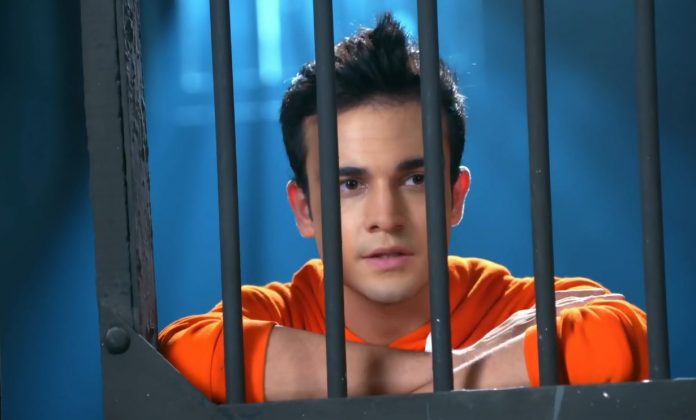 Kumkum Bhagya Spoiler Update Ranbir’s arrest 24th Aug Ranbir spends time with his family, being relieved that Prachi’s matter is solved. He doesn’t think anyone will know about the cash he took from the office funds. He gets a shock when police arrives home with his arrest warrant. Kohlis defend their son knowing he is charged with the robbery blame.

They tell the inspector that they are already rich, Ranbir already has much money, he doesn’t need to steal any money. He asks inspector not to make any mistake. Inspector tells them about the complaint. Vikram tells Ranbir that he can’t surrender to the police. Ranbir tells that inspector is just following the procedure. He adds that he is innocent and will come back. Vikram asks about the case details. He learns that its Abhi’s company.

He tells that Ranbir won’t steal the money from their own company. Inspector tells that Varsha had filed the complaint. Vikram tells Pallavi that Varsha is Aaliya’s secretary. Ranbir goes with the police. Vikram asks Pallavi and Dida not to worry, he will find out from Abhi why Varsha filed the case against Ranbir. He calls Aaliya to ask about Varsha. Aaliya doesn’t answer the call.

She had instructed Varsha to get the thief behind bars. Rhea reaches home and learns that Ranbir has been arrested for the theft. She can’t believe it. Pallavi tells that Ranbir is arrested and is in trouble again. Rhea thinks its because of Prachi. She goes to ask Aaliya about the arrest. Rhea reaches Prachi’s house to vent her anger. She accuses Prachi for getting Ranbir arrested by the police. Prachi feels Rhea can never change.

Moreover,Prachi runs to see Ranbir. Rhea messages Aaliya to take her help. Aaliya doesn’t feel any love for Abhi’s other daughter Prachi. She is angry that Prachi troubled Rhea a lot. She hates Prachi, after all she is Pragya’s daughter. She feels its destiny. She wants Pragya and Prachi to be called thieves. She has to settle scores with Pragya. Rhea comes to office to meet Aaliya.

Aaliya tells her that Ranbir had stolen the company cash, she wants to give him a reward to help Prachi, he won’t make the habit to help others after being jailed. She feels its important to feel that Prachi is unlucky for him. She tells that Ranbir and Prachi won’t come close now. Rhea tells her that she can’t see him in jail. Aaliya tells that she will free him once he gets senses. She hugs Rhea.

Later, Prachi meets Ranbir at the police station. She vents her anger on him knowing his fake story. She asks why did he do wrong to help her. He tells that he always does everything for her sake. He doesn’t want her to accuse him. He tells that he was helpless. She tells that she would have done anything to return money, he had done wrong to steal the company cash, she failed in her responsibility to keep the cash safe.

Rhea tells that one who values friendship should get help. He tells that Prachi respects their friendship, she always helped him in Maya’s matter. She tells that Prachi will not take big risk for him. She asks him to come to her if he wants to help someone next time. He feels Prachi was right, he should have thought of his family first. He doesn’s fall in Rhea’s words.

Reviewed Rating for this particular episode Kumkum Bhagya Spoiler Update Ranbir’s arrest 24th Augut 2020: 1/5
This rating is solely based on the opinion of the writer. You may post your take on the show in the comment section below. 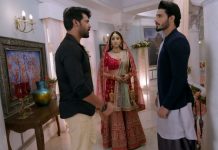 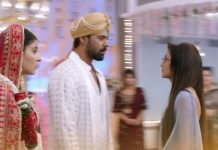