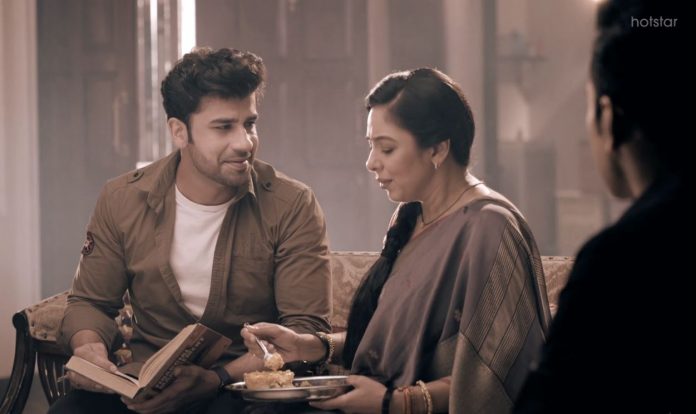 He doesn’t want to lower his esteem to satisfy someone’s ego. Paritosh tags him a selfish and useless father, when he can’t sacrifice his ego and arrogance for the sake of his son’s happiness. He argues with Vanraj like never before and goes on blaming him. Anupama takes a stand for Vanraj. She limits Paritosh by reminding the family values. She can’t see her son misbehaving with Vanraj, whom everyone idolizes.

Paritosh tells that Vanraj can easily apologize and end their problems. He asks why is his ego so important than happiness. He tells that parents do everything for children, but Vanraj failed as a good father. Vanraj feels shocked. Anupama tries to bring peace. She fails when Paritosh expresses his decision of leaving the house. She tells that she will get him married to Kinjal. She adds that she can’t let Vanraj face the insult. She doesn’t want Vanraj to suffer. Paritosh tells that Vanraj doesn’t love him, he is paying for Vanraj’s love by losing Kinjal.

He feels that his Parents won’t care for him even if he dies. Anupama and Vanraj find hard to hear such bitter things from their son, who is their pride. Vanraj feels he could have expected this rebellious behavior from Samar, but never from Paritosh. He loves Paritosh a lot, and gets disappointed. Paritosh tells them that he can’t pretend love for them when they can do anything for him. He tells that he would leave the house to get rid of such useless parents. Vanraj gets hurt by his words. He angrily commands him to leave the house.

Vanraj asks him to take the phone. He had broken the phone before. Paritosh tells that he doesn’t need the broken phone, its similar to their broken ties. Paritosh doesn’t listen to Anupama. Vanraj stops her and reminds her wife’s duty to obey her husband. Anupama loses Paritosh. Samar runs after Paritosh to give his phone so that they stay connected. He explains Paritosh that parents think the best for the children. Paritosh doesn’t think so. He tells that he is going to Kinjal’s house to apologize to Rakhi. He wants to marry Kinjal. He asks Samar not to reveal his plan to the family. Baa breaks down seeing the family tension. She accuses Anupama again. Anupama waits for her son’s return. Anupama and Vanraj have the same sorrow. She cries out when he hides his pain. He is also missing Paritosh.

They think of Paritosh and cry, shouldering each other. Samar tells them that Paritosh would soon inform them about his stay. Pakhi finds her parents crying. Samar tells the matter to her. Anupama wishes Paritosh returns. Anupama and Vanraj get a shocking news of Paritosh’s accident and death. They can’t believe it. Will they really lose Paritosh? Keep reading. 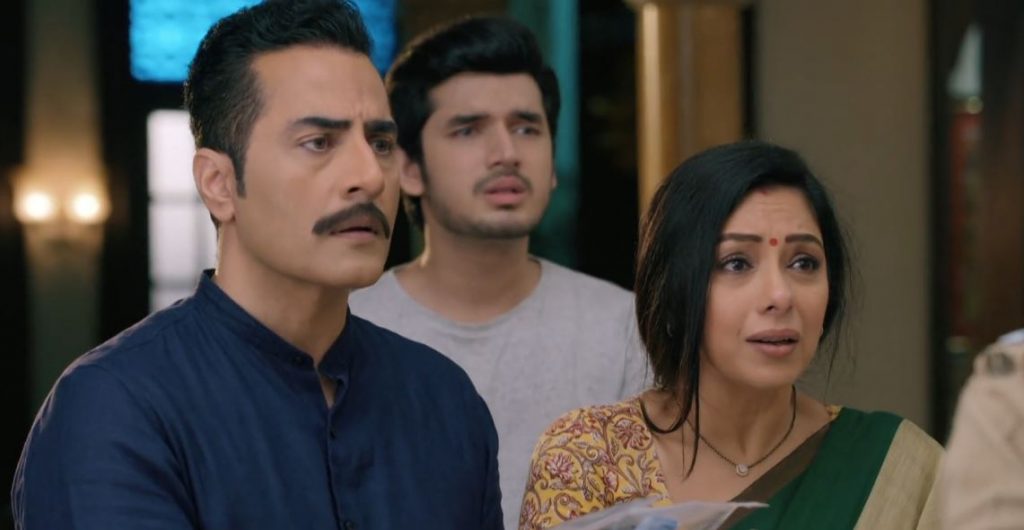 Reviewed Rating for this particular episode Anupama Spoiler Paritosh death news shocks all: 5/5
This rating is solely based on the opinion of the writer. You may post your take on the show in the comment section below.