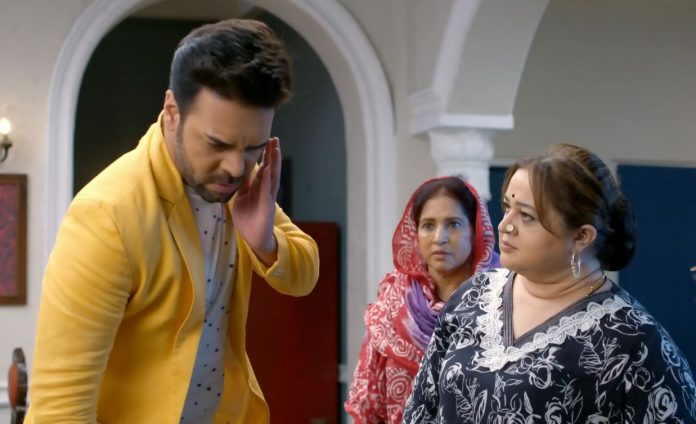 Kundali Bhagya Sarla slapping shocker for Prithvi Preeta wants to go to Sarla. She shouts to call Shrishti. Mahira doesn’t let her go and asks her to cry as much as she can. She feels that its her right to see her crying. Karan asks Rishabh if he is in shock about Preeta’s wrong deed. Rishabh feels that they have been wrong and hurt Preeta a lot. He tells Karan that Preeta isn’t wrong. Karan tells him that they are not wrong because of Mahesh’s condition.

She threatens Preeta for her life. Meanwhile, Prithvi meets Sarla. He tells Sarla that Preeta got married to Karan once again. Sarla is shocked to get the marriage news. Mahira asks Preeta to take her family and leave the city. Preeta wants Mahira to stop it. Prithvi tells that he was much shocked to know about the marriage. Sarla tells that its not possible. He tells that he isn’t mistaken, the news is true.

Sarla tells him that she trusts her daughter more than him. Prithvi tells that Janki will confirm the news for her. He asks Sarla to trust him. Janki tells Sarla that he is saying the truth. Sarla wants to know what happened after the marriage. Prithvi tells Sarla that Preeta swapped the bride and married Karan by deceive, she again received the hatred and humiliation from Luthras, she got ousted from Luthta house again, Karan abandoned her, he never wanted to make her his wife. He asks Sarla to think of Preeta’s future.

He tells that none in the Luthra family love Preeta, they all hate Preeta and want her out. He consoles Sarla. He tells that he is like her son, he is still ready to secure Preeta’s future. He tells her that the neighborhood and society will think Preeta is crazy for Karan, she always goes to Karan to get insulted. He asks Sarla to tell him who will trust her if she explains everyone the truth. Janki tells that she will trust Sarla. Prithvi tells Sarla that he will also trust her. He asks Sarla to recall Karan and Preeta’s first marriage, which happened by deceive.

He tells that Karan cheated all of them by abandoning her on the road. Sarla feels sorry. Prithvi tells that they thought the story is over, but Preeta cheated Luthras to marry Karan, she did the same as he did to her. He tells that Karan abandoned her again, and now the people would find some fault in Preeta, they will malign her character. He makes Sarla realize the dire consequences. He tells Sarla that he wants to marry Preeta, even if she is wrong for the world. Sarla slaps him in rage. Sherlyn reaches Preeta and insults her.

Sherlyn asks Preeta to go to Sarla and ask her to find a guy for her. Shrishti takes Preeta home. Preeta wants to go to Sarla. Preeta and Shrishti reach home. They lose the support of Sarla when they break the marriage truth. Sarla ousts Preeta from her house, since she has got her insulted again. 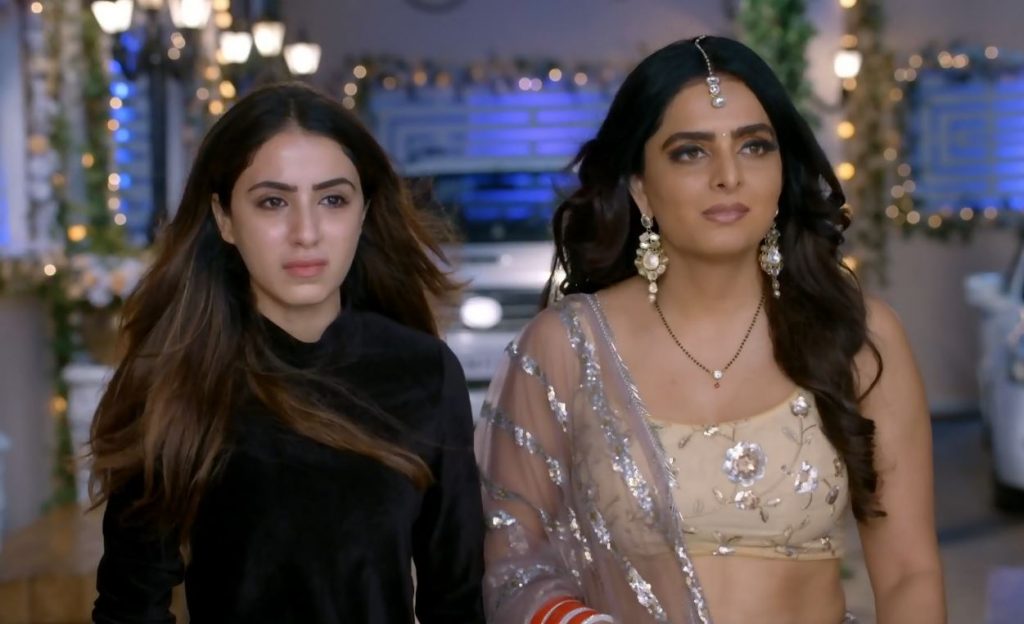 Reviewed Rating for this particular episode Kundali Bhagya Sarla slapping shocker for Prithvi 28th August 2020: 2/5
This rating is solely based on the opinion of the writer. You may post your take on the show in the comment section below. Also, get notified of the new posts on your mail by checking into the option.