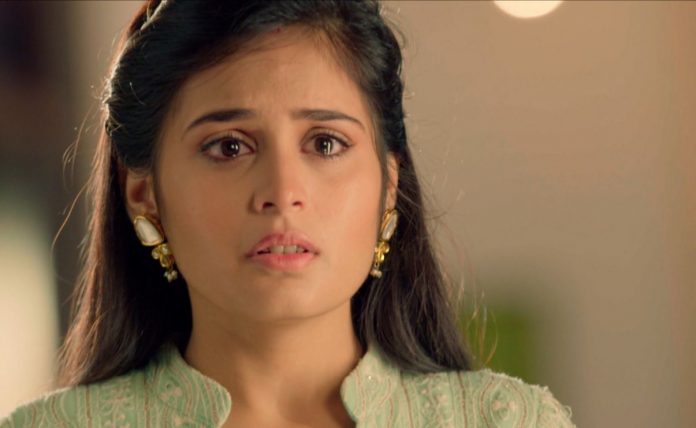 Rishte Pyaar Mishti Abir to face unexpected trouble Mishti experiences some stomach ache and complains to the doctor. Doctor tells Abir and Mishti that Kuhu is fine, but Mishti should also get the check up done. She suggests some tests. Abir worries for Mishti’s stomach pain. He didn’t know that she has been experiencing pain since some days. Doctor asks her to get tests done as soon as possible. Mishti doesn’t feel the need for the tests. Abir insists her to go for the tests. Mishti agrees for his sake.

On the other side, Rajshri make a relieving call to Meenakshi. She informs Meenakshi that Mishti and Kuhu’s fights have resolved. She also adds that Kuhu met with an accident on the way to home, the difficult times have brought Mishti and Kuhu closer, Mishti had put much efforts to bring Kuhu to the hospital. She tells that Mishti and Kuhu really look like bonding sisters. Meenakshi gets worried on knowing about Kuhu’s accident, but is equally relieved to know that the tension between the sisters is finally over. She blesses Mishti and Kuhu.

She hopes everything gets fine in her family with her sons returning home. Meenakshi asks Parul to make arrangements to welcome the couples. Abir and Kunal think of taking care of their wives. Abir stays with Mishti and gets into a serious talk about starting a family. Abir tells her that he is ready to welcome his child, only if she is ready. He doesn’t want to pressurize her. He gets emotional thinking of the same Mehul cheated him.

Mishti tells him that she understands his sorrow, but they will become good parents for the baby. Abir takes it as her approval. Mishti goes for the tests and thinks of their past. She wants to give the best life to her baby. She gets ready to fulfill Abir’s wish. Doctor conducts her tests and waits for the reports. Kunal takes care of Kuhu and gets into a moment with her. He realizes that she wants more attention and is highlighting her little sprain.

Later, Kuhu gets brainwashed by Jasmeet. Jasmeet asks her to start a family so that Kunal depends on her more. Varsha also thinks a baby will make their relation strong. She asks Kuhu to talk to Kunal about starting a family. Kuhu isn’t ready to have a child so soon. She doesn’t want to plan a family on anyone’s insistence. She asks Varsha to not talk again about it. She wants some time to think. Kunal takes Kuhu home. Abir and Mishti await the results of the test.

They arrive home with Kunal and Kuhu. Meenakshi and Parul congratulate each other and welcome the children. Meenakshi asks Mishti why didn’t she call her to take help for Kuhu. Kuhu tells that they were scared of her ultimatum. Meenakshi is much hurt because Abir never understands her. Her odd behavior makes Abir worried. Abir understands that she is upset. Kunal is happy that Meenakshi isn’t angry on him. Kunal laughs on knowing that Kuhu wants a baby. Kuhu tells him that she isn’t ready to have a baby so soon. She tells that they will plan the baby at the right time.

Kunal and Kuhu decide to postpone the baby plans. Abir goes to talk to Meenakshi. She tells him that he has removed her from his life, as if she holds no rights on him. He tells her that she won’t have control on his life. She tells him that it really hurts when he doesn’t give her a mother’s place and rights. She asks him to never be at her place, if his child does the same with him, then he would understand her pain. Abir and Mishti get worried on hearing her. Abir learns that his wife Mishti can never conceive. A surrogacy track will be seen. Kuhu will become Mishti’s surrogate to give birth to her child. Keep reading.

Reviewed Rating for this particular episode Rishte Pyaar Mishti Abir to face unexpected trouble: 5/5
This rating is solely based on the opinion of the writer. You may post your take on the show in the comment section below. Also, get notified of the new posts on your mail by checking into the option.