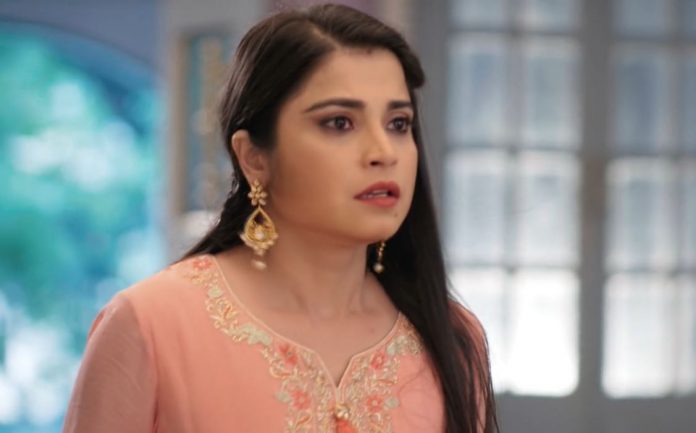 Yeh Rishta Naira to catch Kirti red-handed Upcoming. The Goenkas get a huge shock on knowing that Manish and Chori are missing from the house. They begin the search for them. The family suspects Chori to be responsible for disappearing Manish. Dadi feels they were wrong to keep the girl in their house. All she wants is her son. She prays that her son comes back home safely. Naira is much worried for Chori and wants to find her too. Kartik doesn’t think of anything and runs to find Manish.

He takes every route possible and searches for Manish, but in vain. Naira and Naksh look for Manish and Chori as well. Kartik fears of losing Manish. Naira knows that Kartik would be much worried. Kartik visits a tea stall to enquire about Manish. He gets a hint of Manish. Kartik gets a shocking sight. He finds Chori dressed as Kanha, while putting Manish in an odd situation. Kartik, Samarth, Akhilesh, Naira and Naksh find Manish begging for money.

Kartik rages being unable to tolerate the sight. He quickly moves ahead to save Manish. The people think Manish is mad. Kartik feels terrible. He angrily seeks an answer from Chori. Chori does a drama again and puts the entire blame on Manish. She tell that she works hard to earn money, she doesn’t beg like Manish. Naira stops her nonsense. She takes her class. Chori tells that she doesn’t want to go to NGO, where life isn’t so good. She tells that she will stay on the roads, she prefers it more. Kartik commands Naira to not get Chori to Goenka mansion.

Naira tells that they can’t leave the girl alone, its not safe. Kartik doesn’t want to see Chori again. He is much hurt. Chori asks Naira to leave her alone. Naira breaks down and asks her to stop the drama. She tells that its not safe to stay on the roads, at least she will get a safe shelter. She asks Chori not to disobey her. Her emotional outburst makes Chori understand. Naksh tells that he will take Chori to Singhania house until police comes to pick her.

Naira returns home only to get blamed by Chori. Kartik takes Manish to his room and gets emotional. He looks after his dad. He thinks to keep more patience. Naira defends herself on getting blamed. She tells that accidents aren’t in control, she is terrified in guilt after recalling the accident.

She asks the family to help her overcome the trauma rather than blaming her all the time. Dadi apologizes to Naira for hurting her. Kirti doesn’t apologize, thinking she didn’t say anything wrong. Suwarna doesn’t want Naira to misunderstand the family’s sorrow and anger. Kartik gets angered when Manish begs again. He realizes that he should not get angry and stay cool. He comforts Manish.

Later, Manish’s doctor meets Goenkas and suggests a surgery for his recovery. Kartik doesn’t agree for it. He is fine with his memory loss, but can’t tolerate his life’s loss. He tells that Manish is alive, that’s enough for him. Doctor tells that Manish’s behavior can be dangerous. Kartik takes up Manish’s responsibility. He feels Manish already had a heart surgery, he can’t tolerate another surgery at this age. He declares his decision and sends away the doctor.

Naira gets a huge surprise from Manish in the form of her dance academy. She learns that Manish wanted to gift her the academy on her birthday. She gets sorrowful and regrets the accident. It becomes a big emotional moment for Goenkas. Ahead in the show will be a big twist, where Naira will catch Kirti red-handed with Aditya and expose her lies to Naksh. Kirti’s secret meetings with Aditya will get revealed to Singhanias and Goenkas. Naira will bring truth to the fore. What twists will come with Aditya’s re-entry in their lives? Keep reading.

Reviewed Rating for this particular episode Yeh Rishta Naira to catch Kirti red-handed Upcoming: 2/5
This rating is solely based on the opinion of the writer. You may post your take on the show in the comment section below. Also, get notified of the new posts on your mail by checking into the option.